The Delhi High Court in a recent judgment held that remedies available to homebuyers under the Consumer Protection Act, 1986 (CPA), and Real Estate (Development and Regulation) Act, 2016 (RERA), are concurrent. This judgment allows flat purchasers aggrieved by errant developers to choose between redressal authorities established under the CPA or the RERA.

In the M/s M3M India Pvt Ltd v Dr Dinesh Sharma and Anr case, judgment was passed by Delhi High Court while deciding a batch of petitions moved by several real estate companies against an order passed by the National Consumer Disputes Redressal Commission (NCDRC). The question for consideration was whether proceedings under the CPA 1986 can be commenced by homebuyers against developers after the commencement of RERA 2016.

The NCDRC in its order stated that “remedies provided under CPA and RERA are concurrent, and the jurisdiction of the forums/commissions constituted under the CPA is not ousted by RERA, particularly section 79 thereof”. Section 79 of RERA provides that no civil court shall have jurisdiction over matters empowered to be decided by RERA under the act and no court shall grant injunction in pursuance of any power conferred by or under this act.

While passing the judgment, the high court made reliance on the recent Supreme Court judgment in Pioneer Urban Land and Infrastructure Ltd & Anr v Union of India & Ors, (2019) where the Supreme Court held that remedies under the Insolvency and Bankruptcy Code (IBC) and RERA, which are provided to allottees of flats/apartments, are concurrent remedies and they are in a position to avail remedies under the CPA 1986, and RERA as well as the triggering IBC. It was observed that the provisions of RERA were not intended to be exclusive, but to run parallel with other remedies. The high court held that it could not disregard the judgment of the Supreme Court as being per incuriam based on its perception regarding the arguments considered.

The high court concluded that remedies available to the homebuyers/allottees under the CPA and RERA are concurrent, and there is no ground for interference with the view taken by the NCDRC in these matters. 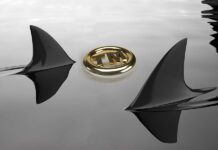