Over the last few years we have seen the public shunning investments with long term maturities. At the same time the push for developing India’s infrastructure has resulted in local banks sanctioning a large number of long term loans.

So, while the banks have significant liabilities on their hands, the capital funds that are available are in the form of short term deposits. This has led to an asset liability mismatch – a worrying development for the Reserve Bank of India (RBI) and government, as it as looks to beef up core sector lending, especially in the infrastructure sector.

To deal with this situation the RBI has now allowed take-out financing of rupee loans through external commercial borrowings (ECB). This arrangement permits the bank that finances the project to transfer its obligation or a part of its obligation to a financial institution on a pre-determined basis. More importantly, it leads to the creation of loans of long tenor as ECB lenders can provide loans with longer maturity, which is what the infrastructure sector needs.

Through a notification issued on 22 July the RBI now allows refinancing, under the approval route, for investments in new seaports, airports, roads including bridges, and the power sector. The conditions to be fulfilled by parties who want to avail of this are:

• The investment must be through a tripartite agreement between the overseas lenders, the existing domestic lenders and the borrower.

• Refinancing should be completed within three years of the commercial operations date (COD). The date of refinancing, whether conditional or unconditional, should be specifically mentioned in the tripartite agreement.

• The ECB needs to have a minimum average maturity of seven years with maximum permissible refinancing fees of 100 basis points per annum.

• Domestic lenders should comply with current Prudential Guidelines on Income Recognition and Asset Classification, which apply to take-out financing.

• The part of the loan refinanced will be considered to be an ECB and it should comply with all guidelines including reporting requirements, which apply to ECBs.

• The ECB should be in designated in a convertible foreign currency.

• Domestic lenders of the original debt are not allowed to guarantee the ECB refinancing, nor are they allowed to continue with any obligation on its balance sheet, after the take-out is completed.

This has significant advantages over the existing take-out financing mechanism in place. In 2009 the government allowed financial institutions like the India Infrastructure Finance Company Limited (IIFCL) to carry out take-out financing. But it failed to become popular, as steep refinancing fees and expensive domestic loans made the cost of borrowing high. The IIFCL used local banks for its funding requirements and as the resources were limited in the market, there was a limit to what it could deliver.

Allowing ECBs to refinance domestic loans gives much needed liquidity to the system. Since, the notification requires the refinanced portion of the debt taken off the books of the local banks, it frees up their reserves for other investments.

The financing usually occurs after construction, which offsets the construction risk, and makes the loan attractive for the take-out financer. Refinancing of large parts of the debt also leads to longer tenors of debt. The ECB lenders are large financial institutions, which have greater maturity horizons than domestic lenders. So, they can lend for longer periods than the local banks.

A longer tenor is beneficial for most large-scale projects, as they take a significant amount of time to stabilize and start paying back the capital invested. In shorter tenor loans, in order to pay off the debts the developers end up front loading the tariffs, which in turn affects consumers and the overall competitiveness of a project. Creating longer tenors of debt allows the developer to spread out the revenues generated from a project, thereby leading to lower tariffs.

However, certain issues that need the RBI’s attention remain. Take-out finance is currently referred to as a residual loan and the circular states that the local bank should not carry any obligation on its balance sheet after the take-out financing. This is also reflected in the Prudential Guidelines on Income Recognition and Asset Classification, which describe a take-out financing arrangement as the transferring of the outstanding (debt) from one financial institution to another.

A conservative understanding of this wording implies that the RBI would only allow schemes of take-out financing that offload the entire amount of the remaining debt via the ECB. Such a requirement places an unnecessary burden on the developers, as many developers or the local banks would not want to offload their entire debt.

Karan Singh is a partner at Trilegal in Mumbai where Arjun Sinha is an associate. Trilegal is a full-service law firm that advises on corporate and commercial law in India. The firm has offices in Delhi, Mumbai, Bangalore and Hyderabad and has over 120 lawyers, some with experience at law firms in the US, the UK and Japan. 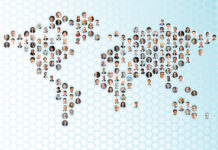 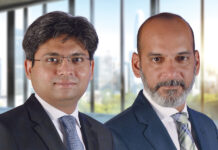 Trilegal: Passing the baton during lockdown 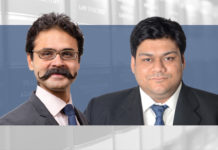