Japan is a key trading partner for India.. Japan’s bilateral trade with India was worth USD17.63 billion in the financial year 2018—2019. Exports from Japan to India during this period totalled USD12.77 billion and imports USD 4.85 billion. From 2000 to 2020, Japanese investment in India was valued at USD32 billion, primarily in the automobile, electrical equipment, telecommunication, chemical and pharmaceutical sectors. The number of Japanese companies registered in India has consistently increased. The number of Indian companies operating in Japan has also multiplied considerably.

In 2019, the government approved the recommendations of the Office of the Controller General of Patents, Designs and Trade Marks, generally known as the Indian Patent Office (IPO), to establish PPH programmes with the patent offices of other countries. This resulted in the first PPH programme being set up between the Japan Patent Office (JPO) and the IPO for an initial period of three years from November 2019. Expedited prosecutions of patent applications are allowed by each patent office based on the allowed and granted Patents by the other.

The number of PPH requests is currently limited to 100 cases per year for each office. An applicant acting either alone or jointly is allowed to apply for a maximum of 10 PPH cases in any one year. The IPO has received 100 cases so far with 56 being allowed. The IPO accepts PPH requests only for the technical fields of electrics, electronics, computer software, information technology, physics, civil and mechanical engineering, textiles, automobiles and metallurgy.

A number of requirements have to be met before the respective patent offices will grant a request for an accelerated examination under the PPH. The first requirement is that both the OLE application on which PPH is requested and the OEE corresponding application forming the basis of the PPH request must have the same earliest date, being either a priority date or a filing date. The following cases illustrate this requirement.

The second requirement is that there must be at least one corresponding application in the OEE with one or more claims that are determined to be patentable and allowable by that OEE. The third requirement is that all claims originally filed or as amended for examination under the PPH must sufficiently correspond to one or more of those claims indicated as allowable and patentable in the OEE.

A PPH may turn out to be an effective way to encourage innovation and the commercialisation of new patented technology in the participating countries. The PPH between the Indian and Japanese patent offices is an excellent example to follow when the programme is extended to other countries.

Tarvinder Singh is senior partner and head of IPR at Kochhar & Co. 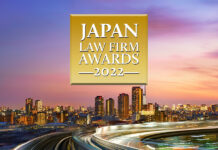