Home Vantage point Dealing with delays at the IPO

The Patent Office making exceptions for delays to applications due to COVID-19 is welcome, but it should adopt more applicant-friendly policies for other cases too, writes Raj Davé

The Indian Patent Office (IPO) is very strict about certain timelines and does not condone unintended mistakes. An example of a strict deadline is rule 20(4) of the Patent Amendment Rules, 2016. This rule allows only 31 months (from the earliest priority date) for international patent applications to enter the national phase.

The IPO has a longstanding image of being not applicant-friendly. Unintended mistakes and failures to meet the strict deadlines of the IPO are often inevitable, for example, during the coronavirus (COVID-19) outbreak.

In contrast, the World Intellectual Property Organization (WIPO) – with its goal of promoting innovation and creativity for the economic, social and cultural development of all countries through a balanced and effective international IP system – has a provision for reinstatement of the right to enter the national phase through the Patent Cooperation Treaty (PCT) rule 49.6, if the missing timeline to enter the national phase was unintentional.

In 2003, the PCT gazette showed that 18 countries opted out of this rule, including India. Among these 18 countries, many, like Singapore, have since amended their national laws and accepted to apply rule 49.6. However, India has continued to opt out, without a suitable replacement in place.

Before the 2016 rules, India had allowed unintentional delay in the national phase entry for some applications on a case-by-case basis, as discussed in Nokia Corporation v Controller General of Patents & Trademarks. However, after the 2016 rules, as per the interpretation of Delhi High Court in Snecma v Union of India, India foreclosed any possible route to rectify an unintentional error for missing the national phase entry within the 31-month deadline.

On 19 March 2020, the IPO issued a public notice that, due to concerns regarding the COVID-19 outbreak, “the delay in transmitting or resubmitting documents to the patent office will be condoned or the timeline be extended by the controller on a petition for such condonation of delay/extension of time made not later than one month from the date when such COVID-19 outbreak ceased to exist”.

Such a temporary solution presents a lack of clarity and consistency from the IPO. This public notice does not explicitly state the start and end dates of the notice, and it does not explain how the public will know when the “COVID-19 outbreak [has] ceased to exist”.

For example, in order for the public notice to no longer remain applicable, should the COVID-19 outbreak have ceased in India, or throughout the world? What is the meaning of “ceased to exist”? The rule of law requires that “people should know in advance what the law demands of them, what the law grants to them, and what sorts of behaviour they can expect”.

Though short on specifics, the COVID-19 notice is a good first step. But we should not need a pandemic to institute such a provision. There are often other factors that necessitate unintentional delays in filings.

An applicant-friendly approach would shield applicants from all calamities, whether it is global pandemics, natural disasters, or any other emergency or unintentional errors. Punishing a patent applicant for an unintentional delay in filing, thereby resulting in an unintentional abandonment of the application, diminishes the number of patent filings and harms a country’s economy.

What is an unintentional delay? In the US, neither the patent statute nor the regulatory rules in the CFR define unintentional delay. The Manual of Patent Examining Procedure (MPEP) 711 states, “a delay resulting from a deliberately chosen course of action on the part of the applicant is not an ‘unintentional’ delay within the meaning of [title] 37 of CFR 1.137”.

The maximum permissible duration for “the entire delay” is not defined in either the US patent statute or the CFR. However, the US Patent and Trademark Office (USPTO) issued a Clarification of the Practice for Requiring Additional Information in Petitions Filed in Patent Applications and Patents Based on Unintentional Delay on 2 March 2020, which said that if the petition to revive is more than two years from the date of the missed deadline, the USPTO’s director may require more information.

India should analyse the US approach, but it should consider adopting the Singapore approach, which showed reservations to rule 49.6 before 2003, but has since amended its national laws to be more applicant-friendly. Today, Singapore has a 30-month deadline that is extendable by up to 18 months, with the payment of a fee, for national phase entry. India should adopt a more relaxed approach for unintentionally missed deadlines by applicants or patent owners.

Raj Davé is the IPR chair professor at Gujarat National Law University and the founder of Davé Law Group, Virginia, US. 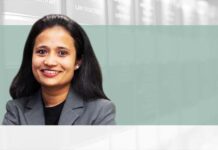 Recognising legal excellence that has shone through the darkness of the pandemic
What lawyers are doing to provide covid relief – and how you can help
SPACS have generated tremendous interest in India, but they are not always a practical alternative to IPOs

SPACS have generated tremendous interest in India, but they are not always a practical alternative to IPOs
Can third-party financing tip the scales for litigation?
The definitive A-List of the country’s legal profession
Please send any press releases, deal announcements, details of new hires, newsletters and any other news items to: news@law.asia