Our publications
Home Vantage point Where there’s a will

While estate planning is an uncomfortable subject, it is also an unavoidable one for those looking to leave behind an enduring legacy, writes K Satish Kumar, the group chief legal officer of intellect design arena, a provider of financial and insurance services

Most wealthy and successful businesspeople will earn enough to maintain their standard of living for the rest of their lives, yet they continue to work for the good of their next generation. But have they planned out the details of the transfer of their assets? It is a hard reality that most would not have done so.

This article explores the importance of est ate planning and the way to pass on wealth to the next generation. It should be kept in mind, though, that there is no “one size fits all” approach to estate planning and there will be aspects that are different for each family.

An estate can be in the form of properties held, bank accounts, stocks, bonds, business interests, artwork, vehicles, etc. Procrastination and blind faith are two of the main reasons for poor execution of estate planning and this applies to not just the ultra-rich, but to those in the legal profession and those who rely on them for advice. Here are some guidelines.

A WILL AS A MODE OF ESTATE PLANNING

A will is a legal document that sets out one’s wishes as to the distribution of the assets that one will bequeath upon passing. A will ensures that a person’s wishes are carried out and it becomes easier for a person’s legal heirs. Usually there is an executor of the will who helps out with its execution after the demise of the testator (that is, the person writing the will).

WHAT IF A PERSON DIES INTESTATE?

If a person dies without creating a will then it is said the person has died intestate. In such a case, the estate is transferred as per the succession act applicable to the religion.

Islamic laws of inheritance are derived from the common law of India and are divided into Hanafi law of succession and Shia law of succession. These are derived from the foundations of Sharia law – the Holy Quran, Hadith, Ijma and Qiyas. After reaching the age of maturity, girls and boys have equal rights to hold and dispose of the property inherited.

In the absence of a will the process becomes complicated, as the legal heirs have to first get the “legal heir certificate”, which is a complicated and costly process, especially if there are disputes with regard to the property between legal heirs if the person dies intestate.

The nominee and legal heir may not be the same person. Section 39 of the Insurance Act states that the appointed nominee will be paid in the event of an individual’s passing, although they may not be the legal heir. Further, section 45ZA (2) of the Banking Regulations Act merely puts the nominee in the shoes of the depositor after their death and gives him/her the exclusive right to receive the money lying in the account. It gives him all the rights of the depositor as far as the depositor’s account is concerned.

However, it is important to note that it does not make the nominee the owner of the money lying in the account. The nominee in turn is supposed to hold the proceeds of money in a trust and the legal heir can claim the money.

To illustrate the difference between, settlor, trustee and beneficiaries, let’s say a trust is created by “X” transferring certain properties to “Y”, instructing “Y” to use the said trust property at the time of “Z’s” marriage. In this case, X is the settlor, Y is the trustee and Z is the beneficiary.

A will and trust overlap in many ways. Both are mediums to establish who will receive the assets or properties owned by the testator or settlor.

Each has its advantages and disadvantages. One big difference is that the will comes into effect after the testator passes away, whereas a trust is in effect during the lifetime of the settlor. To execute a will, one may be required to do a probate after the death of the testator, whereas no such process is required with a trust.

There is no confidentiality or privacy in a will, whereas a trust preserves privacy. Setting up a will is cheaper and simpler than the process of setting up a trust. A will can be contested whereas a trust cannot. The most important difference is that a will does not provide any protection from creditors whereas a trust does.

Estate planning is essential for all, and most of the time one takes the help of attorneys specialising in this area for assistance. Generally, if the family is large and there are many beneficiaries and assets under management, then a private trust is the best mode for handling these affairs. 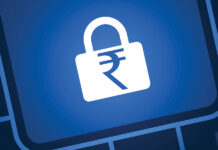 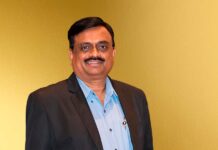 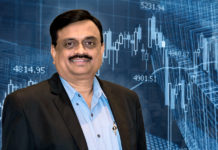 India in 2020: Relief in sight from data protection bill?

A GC’s guide to global investment trends
A framework for the deployment of sovereign green bonds shows the government is committed to a marriage of climate and infrastructure
How far have in-house counsel groups come in their efforts to secure statutory recognition?