On 2 April 2022, Australia and India signed their highly anticipated Economic Co-operation and Trade Agreement (ECTA), six months after negotiations between the two nations restarted in September 2021. The ECTA is seen as the first step towards a fully-fledged India-Australia Comprehensive Economic Co-operation Agreement that economists expect will be completed by the end of the year.

The ECTA is expected to advance bilateral trade and will not only eliminate or cut down customs duties on key products, but will also address non-tariff barriers such as technical obstacles to trade. Estimates put the value of the trade in goods between the two nations for the next five years at USD50 billion. This is a twofold jump compared to the present value of trade of USD27 billion. Such forecasts are not mere wishful thinking, but are backed up by India’s existing experience in concluding economic bilateral ties in the region.

Just over 11 years ago, in 2011, India and Malaysia similarly concluded negotiations that had stretched over 32 months and signed a landmark free-trade agreement, the Malaysia-India Comprehensive Economic Co-operation Agreement (MICECA), which came into force in July 2011. The MICECA sought to boost trade and investment between the two nations by liberalising trade restrictions and installing a competitive investment regime to promote foreign investment. The MICECA was viewed as complementary to the benefits of the ASEAN-India Trade in Goods Agreement (AITIGA) and took tariff liberalisation beyond the provisions in the ASEAN-India Free Trade Area (AIFTA) pledges.

Owing largely to the reduced import duties on crude palm oil and refined palm oil from Malaysia into India due to the MICECA, Malaysia has taken significant strides in this area and recently, in 2019, overtook Indonesia as India’s biggest palm oil supplier. Inevitably, this has caused economic challenges to domestic producers of similar goods in India.

An important area of liberalisation that the MICECA was designed to transform was the temporary movement of workers in commercial sectors including accounting and auditing, architecture, urban planning, engineering services and medical, dental, nursing and pharmacy. In this regard, Malaysia has removed the conditions for professionals from India wishing to enter and work in Malaysia to fulfil economic needs requirements or satisfy labour supply and demand provisions.

It is reported that over 150 Indian companies have invested USD3 billion in Malaysia and have contributed to the creation of over 20,000 jobs in the country. In the other direction, there is now a significant presence of Malaysian companies in India that have invested USD7 billion both directly and through third countries. Despite the covid-19 pandemic, bilateral trade between the two countries expanded by 26% in 2021 and overall trade exceeded USD17 billion. This shows that, the pandemic aside, the MICECA has had a positive impact and continues to play a significant part in fostering India-Malaysia bilateral relations.

Fast forward 11 years, one can say with certainty that the MICECA is achieving its aim. That said, one key observation that can be made is that while the MICECA has benefited both India and Malaysia by boosting bilateral trade between them, the present balance of benefit tilts in favour of Malaysia. The government of India has expressed to its counterpart in Malaysia the importance of there being a more balanced volume of trade. The two governments are expected to review the working of MICECA and how the flow of trade under it can be further expanded and diversified to address this trade imbalance. While there has thus far been no significant progress on any such review, it is more a question of when this will happen rather than if it comes about.

Any such expansion and diversification may likely play a part in the outcome of the key terms in the upcoming India-Australia Comprehensive Economic Co-operation Agreement.

John Rolan and Lim Siaw Wan are partners at Christopher & Lee Ong, Malaysia. The authors gratefully acknowledge the contribution of Loh Yan Shuang, a pupil at the firm, for preparing this article 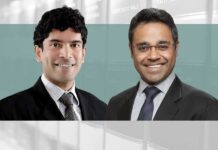 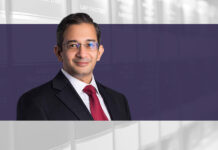 As India aims for greater adoption of electric vehicles, some key challenges need to be overcome
The Competition Amendment Bill contains commendable reforms, but there are also negatives
How the Enforcement Directorate turned into a veritable bogeyman for India Inc