Merger control as a concept may have existed in India for a few decades, but never has the term evinced as much interest in this country as it has in the last two years. Exported from the West, the provisions can be found in the Competition Act, 2002 and the Competition Commission of India (Procedure in regard to the transaction of business relating to combinations) Regulations, 2011.

In brief, every combination (which may be an acquisition of shares, voting rights or control, or any merger or amalgamation) satisfying a minimum threshold, defined in terms of assets and turnover, must be notified to the Competition Commission of India (CCI) and approval must be obtained. For the purposes of notification, two forms have been prescribed – Form I, which is relatively simple and mandatory, and Form II, which is detailed and optional, if the market share exceeds certain thresholds.

In the first few months after the provisions came into effect several interpretational and procedural issues arose. While these issues remain, the substantive issues connected with merger control have come to the fore with certain recent acquisitions.

In the EU, the substantive test for merger control is to ascertain whether a prospective merger would significantly impede effective competition in the common market or in a substantial part of it, in particular as a result of the creation or strengthening of a dominant position. In the US, an acquisition that may substantially lessen competition or that tend to create a monopoly is prohibited.

These include the market shares of the entities involved, entry barriers, countervailing buyer power, likelihood of the parties being able to significantly and sustainably increase prices or profit margins, and the likelihood that a vigorous and effective competitor or competitors in the market would be removed. Therefore, while emergence of a dominant position is itself neither essential nor sufficient to prohibit a combination, it is an important factor while analysing the market structure and the possible anti-competitive effects of a combination.

A combination may, however, raise serious competition concerns even in the absence of dominance. This would be true in highly oligopolistic markets which may lead to collective dominance. In this regard it would be relevant to refer to the EU guidelines for assessing mergers.

The guidelines note that coordinated effects occur when a merger changes the nature of competition in such a way that firms that previously were not coordinating their behaviour are now significantly more likely to coordinate and raise prices or otherwise harm effective competition. A merger may also make coordination easier, more stable or more effective for firms which were coordinating prior to the merger. This would occur in case of a merger in a highly concentrated market through the creation of a collective dominant position.

In India, so far more than 85 orders have been passed on combinations. In all these instances, the combinations were relatively straightforward and were approved. In fact, many of the combinations involved intra group amalgamations.

A perusal of the orders would show that while granting approval, some of the factors which the CCI took note of are insignificant market shares of the parties, highly fragmented nature of the market, presence of several players in the market, absence of horizontal overlap and no change in control of the target company. Recently while approving the acquisition of an undertaking of Orchid Chemicals by Hospira Healthcare, the CCI raised concerns over the non-compete clause and the parties had to undertake to carry out certain modifications with respect to the same.

Going forward it will be interesting to see how the CCI deals with more complex mergers involving the biggest players in a particular market. This is just the beginning!

Udwadia Udeshi & Argus Partners is a full-service law firm with offices at Mumbai, Delhi, Bangalore, Kolkata and Chennai. Adity Chaudhury is a senior associate at the firm. 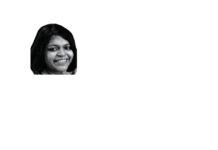 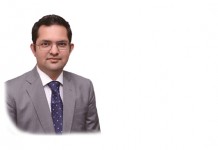