Having been in a state of slumber for a while, the real estate sector is expected to gain some confidence with the introduction of the Real Estate (Regulation and Development) Act, 2016 (RERA). While consumers have seemingly been provided adequate protection under RERA, real estate developers seem to be troubled by the act.

However, it is not just the real estate players but also the lenders to this industry, especially where such lending is in form of investment, which are likely to be impacted. Some legal aspects of RERA which may have an impact on lenders/investors catering to the real estate industry are evaluated and analysed below.

Foremost is the condition prescribed under RERA which requires the promoter (being the developer) to deposit 70% of the amounts realized from allottees in a separate project bank account, thus blocking the receivables. Further, RERA stipulates that the promoter can withdraw amounts from this account only upon certification from professionals like an architect, engineer or chartered accountant that such withdrawals are in proportion to the completion of the project.

It seems that the legislature’s intent is to allow post facto withdrawal from the account only when it can be shown that a suitable proportion of the construction is complete. Because of this (coupled with the fact that it is unusual for all units of a project to be booked upon launch and the project may remain only partly sold during the period of construction), to enable sufficient funds to be generated out of project receivables for construction purposes, it may become inevitable for the promoter to rely upon other funding options.

With the above prescription, while the legislature seems to have achieved the objective of preventing diversion of funds by the developers for other purposes, the comfort that was formerly available to the lenders from tapping of 100% of receivables for securing their lending may not be there anymore. Moreover, there is currently no clarity as to whether the amounts withdrawn from the project account may be used for repayment of loans.

In addition to the above, RERA provisions could also impact the dynamics of security creation and enforcement. From a conjoint reading of RERA and the draft builder-buyer agreement (as now framed for union territories), it may be inferred that any mortgage rights vis-à-vis a project/apartment will cease to be effective against the allottee upon receipt of 10% consideration and execution of an agreement to sell.

This may require lenders to release their charge over units much before the entire consideration amount is received, further compromising their position. Further, in a default situation, the lenders will have to seek the consensus of at least two-thirds of the allottees as well as the RERA authority for exercising any assignment rights vis-à-vis the project, which will further delay (if not defeat) the not-so-effective enforcement process and make it even more tedious.

RERA also spells out that upon revocation of registration of the promoter for any reason, the RERA authority will be empowered to seize the project. Any such revocation will also be a loan default. One can only hope that the legislature, while framing the rules, will clarify the interplay of the rights of the RERA authority and the lenders, factoring in long-standing practice.

Another important aspect that needs attention is the rights that the lenders/investors typically secure for themselves under the investment documents.

While lender protection rights are an accepted norm, the manner in which certain veto rights and monitoring of the project may be construed within the provisions of RERA (especially where lenders/investors negotiate significant controlling rights, whether or not they are exercised) is a matter that is still open-ended.

Any rights that allude to exercising control over management or decision making may be construed to suggest that the lender/investor is in charge and responsible for the conduct of business of the promoter, which has grave implications under RERA. In view of this, it may be imperative to ensure that lenders/investors do not fall within the purview of “person-in-charge” and such rights may need suitable nipping to avoid exposing the lender/investor to any liabilities under RERA or otherwise.

While at the outset RERA is expected to promote real estate growth and protect the consumers, the niceties and operational gaps are yet to be addressed and bridged by rules. Upon establishment of the RERA authority, both developers and the authority are going to face teething problems. Until then, lenders being wary of RERA are already gleaning methods and tools to hedge their position.

SNG & Partners has offices in Delhi, Mumbai, Singapore and Doha. Nupur Singh is a partner and Jyotika Bajaj is a senior associate. 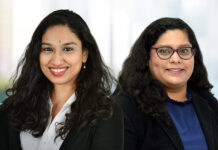 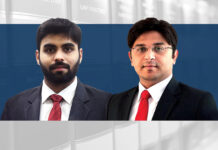