Women are a minority in Sri Lanka’s workforce. Women have, however, over the years, contributed to the economy of the nation significantly. Several industries that are key to foreign earnings are female worker-based.

For decades, tea was the primary export product. The majority of workers in tea plantations have always been women. Today, the garment industry, which accounts for US$5 billion of the country’s total export earnings, is driven by women workers. Remittances from Sri Lankans working abroad amount to US$6.3 billion per annum, and out of the 1.7 million Sri Lankan remitters, 37% are women.

In the professions also, women outnumber men. According to the 2018 final quarter statistics of the Department of Census and Statistics, 60% of the professionals working in Sri Lanka are women.

While equality is enshrined in the constitution of Sri Lanka, and the country has made recognized progress on gender equity with regard to education and other social indicators, the employment-related laws, which were enacted in a state welfare era in the 1970s, and some of the older laws that are (though outdated) in force, do not today accord to women the same rights accorded to men with regard to work. A woman is not able to work after 6pm in a shop or office, the number of hours she can work overtime is subject to a limit, and she is not permitted to sell liquor.

Prior to the introduction of the Sex Disqualification Removal (Legal Profession) Ordinance No. 25 of 1933, women were not permitted to be admitted to the legal profession.

Ordinance No.25 of 1933 gave license to the women to become and to practice as advocates, proctors and notaries, and to become commissioners for oaths. Section 2 of this ordinance states:

Today, the number of women lawyers outnumber men. According to the 2017 statistics of the Bar Association of Sri Lanka, out of 1,097 lawyers admitted as attorneys at law in that year, 65% were women.

The career options available to women include court work at the private or public bar, advisory work in a firm, or as in-house counsel in a corporate or public body, in the judiciary, in non-governmental organizations, and as an academic in a university.

The judiciary and court work is still dominated by men, however, and there are many reasons for this. The nature of work and working hours, and women preferring daytime work to allow time for their work as a homemaker are among the main reasons.

Women lawyers dominate all other spheres of legal work. Sri Lanka has had women lawyers in the positions of chief justice, Supreme Court and Court of Appeal judges, attorney general, vice chancellor of a university, dean of law faculties in universities, legal draftsman, minister of justice, principal of the Law College, professors of law, president’s counsel, precedent partners at leading law firms, and many general corporate counsel.

F J & G de Saram, established in 1841 in Colombo, is the oldest and one of the largest law firms in Sri Lanka. It is a full-service law firm providing legal services in all areas of corporate and commercial law to its clients including leading business houses in Sri Lanka and the majority of the transnational corporates engaged in business in Sri Lanka.

F J has always had women in its workforce. The first woman lawyer was hired in the later 1950s. Today, 65% of the professional workforce are women and five out of the seven partners are women. A culture of equal opportunity and progression based entirely on merit has been a cornerstone of the practice.

In recognition of the need to support women lawyers in their multi-faceted roles, the firm has invested in IT infrastructure including in security, to enable diverse work models. The firm offers flexible work arrangements such as part time work and work from home, on request, to enable women to meet demands as primary homemaker and to ensure work life balance. The firm also runs a crèche for the children of lawyers and provides extended maternity leave.

The firm enjoys many benefits from its approach to supporting its women lawyers, including the progression of a high number of women lawyers to partnership (no other law firm in Colombo has a majority of women partners) and access to resources that may not otherwise have been available to the firm.

Of 500 married women interviewed for an International Labour Organization study in Sri Lanka in 2016, as many as 48% of the women who had been previously employed cited giving up their jobs for homemaking as their main reason to stop working. This firm has seen minimal attrition due to marriage and children. Combined teams of men and women are enriched by the particular traits and thought processes of each, and have often resulted in exceptional work output in all aspects of the provision of legal services, i.e. from adapting to, and innovating in, a changing business environment, to client management and providing relevant legal advice.

FJ’s experience in encouraging and supporting women lawyers in recognition of the special role of women as homemakers as well as professionals, has been that the contributions of the women lawyers in the firm have been invaluable, benefiting the organization and its lawyers. 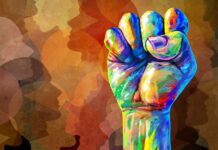 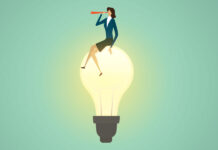 Separating fact from myth about granting share deals to keep talent
How can businesses mitigate the damage from global economic headwinds?
The interim chair of the Philippine Competition Commission shares key priorities