Recent protests against the acquisition of land by some states and the move to return land to its owners in Singur, West Bengal, have brought the inadequacies of the current land acquisition laws into the limelight.

The Land Acquisition Act, 1894, is a central legislation enacted with the object of amending the law on acquisitions for public purposes and for determining the compensation payable to land owners. While the act, which is based on the doctrine of eminent domain, defines public purpose, the connotations attributed to the term have undergone drastic changes over the last century.

A principal problem with the act is that it does not provide for the return of acquired land to the original owners, if the purpose for which the acquisition was carried out ceases to exist or the project for which acquisition was required is abandoned or its scope changes. By virtue of section 16 of the act read with section 48, the acquired land vests absolutely in the government free from all encumbrances and it can only withdraw from the acquisition if possession of land has not yet been taken.

The Supreme Court in its judgments in State of Kerala and ors v M Bhaskaran Pillai and anr and Government of Andhra Pradesh and anr v Syed Akbar has further created an embargo on state governments from returning or reassigning unutilized acquired land.

Prompted by this and after abandoning its initial plans to introduce a similar amendment to the Land Acquisition Act, in June the government of West Bengal passed the Singur Land Rehabilitation and Development Act, 2011. While this was done to enable the government to return 400 acres of land acquired in Singur, it can be argued the Singur act may be in conflict with the central act, which disallows such action. Indeed, the constitutional validity of the Singur act is presently under challenge before Calcutta High Court.

More importantly, the bill introduces section 69, permitting return of unutilized land to the original owners, which is a departure from the Land Acquisition Act as well as the pending Land Acquisition (Amendment) Bill, 2009, which was expected to be passed by the parliament before the recent draft 2011 bill was issued. The newly introduced section provides that when any acquired land remains unutilized for a period of five years from the date of taking over possession, it shall be returned to the original owner on refund of one-fourth amount of compensation along with interest.

While the bill will definitely change the manner in which land acquisitions are carried out, it will be interesting to see what in form it will finally be passed. There is little doubt that its success will lie in how well it strikes a balance between the development and urbanization needs of the states and the rights of individual owners.

Deepti Mohan is a partner at Vidhii Partners and can be reached at deepti.mohan@vidhiipartners.com. 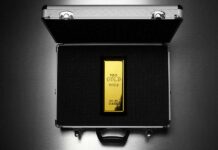 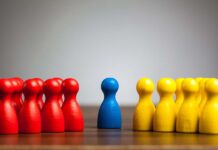 Court lays down law for selection of forum in arbitration 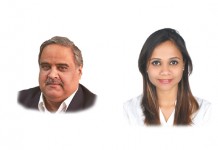 Copyright Act amendments not apt for film and music