The rules prescribe that a corporate insolvency resolution process can be initiated only upon application being made by the appropriate regulator. Such an application will be dealt with in the same manner as an application by a financial creditor. Upon admission, the relevant bench of the National Company Law Tribunal (NCLT) may appoint an administrator based on the recommendation of the appropriate regulator to exercise the powers and functions of an insolvency professional, resolution professional or a liquidator for the purpose of insolvency and liquidation proceedings. The rules also prescribe an interim moratorium from the date of the making of the application until its admission or rejection. This interim moratorium will have the same effect as a moratorium under section 14 of the IBC, including prohibiting the institution or continuation of suits, encumbering any assets, and taking any foreclosure or enforcement action.

Importantly, the interim moratorium and the moratorium shall not apply to any third-party assets or properties in the custody or possession of the financial services provider, including funds, securities and other assets held in trust for the benefit of third parties. An administrator can take control and custody of such assets only for the purpose of dealing with them in the manner notified by the government. It is noteworthy that this has been specifically clarified in the rules, as there have been recent decisions that indirectly cast an unfavourable light on securitization transactions, which have provided a continued source of funding.

The government has issued a notification applying these rules to all non-banking financial companies (including housing finance companies) with asset size of at least ₹5 billion (US$70 million). It is expected that there will be further notifications to cover other systemically important financial institutions, including insurance companies. The complete operationalization of these rules for all categories of financial institutions will be a positive step in rebuilding confidence in the financial markets. 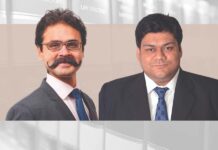 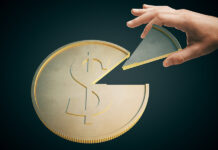 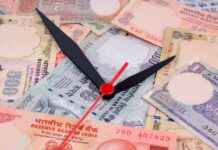 Future Retail finds itself on life support while two of the world’s richest men fight over it
Copyright infringers bait B2B partners with the promise of opportunity
As business and travel edge back to normal, which foreign law firms are in front with their India offerings?