Our publications
Home IBLJ May 2019 Giving creditors their fair share

The preamble of the Insolvency and Bankruptcy Code, 2016 (IBC), lays out the code’s dual objectives of “maximization of value of assets” and to “balance the interests of all the stakeholders”. While maximization of value is achieved by following an open competitive process of selection, the code does not provide clear guidance on how to balance the interests of the stakeholders in the case of a resolution. This has led to conflicts between financial creditors and operational creditors.

The success of the code can be seen in the statistics provided by the Insolvency and Bankruptcy Board of India (IBBI). According to March 2019 data, 1800 corporate debtors have been admitted to the corporate insolvency resolution process (CIRP), since the inception of the code. Of these, 152 have been closed on appeal or are under review or have been settled, 91 have been withdrawn, in 94 cases resolution plans have been approved and 378 companies have ended in liquidation. Credit rating agency CRISIL reported that in the fiscal year 2018-19 approximately ₹700 billion (US$10 billion) was recovered from cases resolved under the code, which is twice the amount recovered under previous regimes.

CIRP starts with the admission of a company to the IBC and the appointment of a resolution professional (RP). The Supreme Court has held that the role of the RP is merely administrative and they are not required to perform quasi-judicial functions. The RP invites claims from financial and operational creditors. The resolution plan is required to provide for payment to both types of creditors. The RP then conducts the process and invites resolution plans from eligible interested parties. The approved plan is then placed under section 31 of the code before the adjudicating authority, the National Company Law Tribunal (NCLT), for its approval. Once approved, the resolution plan becomes final and binding on all stakeholders.

MAHESH AGARWAL is the managing partner at Agarwal Law Associates.
He can be reached at: mahesh@aglaw.in. 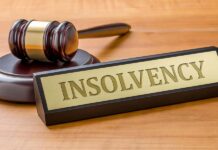 Copyright infringers bait B2B partners with the promise of opportunity
Revealed: The top international law firms for India matters
How the Enforcement Directorate turned into a veritable bogeyman for India Inc