Recent expansion patterns of companies worldwide signal a shift towards opting for renewable alternatives in order to achieve a sustainable global energy balance. Countries have reiterated their commitment to achieving the United Nations agenda for Sustainable Development Goals of equal access to electricity by 2030. In light of these developments, Adani Green Energy has bought SB Energy India for USD3.5 billion, in what might be considered one of the nation’s biggest renewable energy acquisitions.

Adani Green’s acquisition of SB Energy Holdings is due to complete by August 2021. SB Energy India is a partnership between Japan’s SoftBank Group, which holds 80%, and India’s Bharti Group, and has 4,954 MW of renewable energy holdings in the country. With a funded capital of INR54 billion (USD727 million), SB Energy abandoned a proposal to raise USD600 million through a dollar bond in 2020. SoftBank has made an investment of over USD800 million in the company from 2015-2020.

SoftBank’s anticipated agreement with Canada Pension Plan Investment Board (CPPIB) had been in the works for over a year, with CPPIB inserting various pre-requisites to the agreement before it could be completed. After it failed to resolve concerns of all parties over pricing, contract terms of the shareholder agreement, and administrative powers , SoftBank cancelled the deal to sell its 80% ownership in the strategic partnership to CPPIB. Adani Green undertook due diligence on SB Energy after the CPPIB deal fell through. Finally, Adani Green Energy Ltd decided to purchase SB Energy Holdings Ltd for a market valuation of roughly USD3.5 billion.

With the Finance Ministry pledging INR220 billion funding for the green energy industry in the 2020-2021 Budget, India’s sustainable energy output has significantly recovered. The decision demonstrates the government’s determination to develop frameworks and mechanisms to stimulate investment interest in the sector.

The government has provided a variety of incentives, including generational incentives, low interest rates, and other financial and banking advantages. With the possibility of further legislation like the National Renewable Energy Act, 2015, investment and M&A in sustainable infrastructure will receive a boost. Reducing tariffs to make alternative sources more widespread will encourage greater development to make sustainable energy affordable.

A business marketplace for green energy dealings has been created by Power Exchange India and Indian Energy Exchange. Companies also anticipate certain important “infrastructure adjustments” to be implemented soon, which would be necessary to secure the sector’s long-term viability.

The Adani-SB Energy Acquisition has brought to light the extensive scope for development that is associated with the green energy market. An increase in incentives has only increased the desirability of the renewable energy market in India. This deal only proves that India is actively venturing into the renewables and it is there to stay. 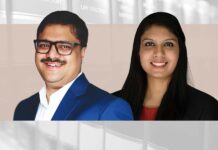 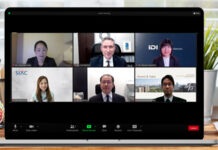 E-signatures get a boost during the pandemic with parties finding they speed up turnaround times for deals
As business and travel edge back to normal, which foreign law firms are in front with their India offerings?
Future Retail finds itself on life support while two of the world’s richest men fight over it