The inflow of cases filed in relation to large-value stressed project finance loans under the recently enacted and much required Insolvency and Bankruptcy Code, 2016, has been galloping ever since the code came into force. The code’s enactment resulted in a “paradigm shift” in Indian law as aptly put by Supreme Court Justice RF Nariman in the recent case of Innoventive Industries Ltd v ICICI Bank Ltd.

The code provides a lifeline to a corporate debtor such as a project special purpose vehicle (SPV) against which an insolvency petition is filed, to come up with a resolution plan through the corporate insolvency resolution process to pay its debts and stay afloat. One of the crucial requirements to make this happen is to halt simultaneous recovery proceedings in respect of the corporate debtor, which may adversely affect this process. This safe harbour has been provided in section 14 of the code and is branded as a “moratorium”.

Moratorium has been subject to a great deal of interpretation. One of the most debated issues is whether proceedings against guarantors are stayed with an order of moratorium. This has been answered in the negative by the National Company Law Tribunal (NCLT), Mumbai, and upheld by the National Company Law Appellate Tribunal (NCLAT), in the case of Alpha & Omega Diagnostics (India) Ltd v Asset Reconstruction Company of India Ltd & Ors.

However, Allahabad High Court, in its recent judgment in Sanjeev Shriya and Ors v State Bank of India, took a contradictory view and held that “No doubt the liability is co-extensive, but the entire proceeding is still in fluid stage and for the same cause of action, two split proceedings cannot go simultaneously before the DRT [debt recovery tribunal] as well as NCLT.” A similar view has also been taken by the NCLT, Chennai. This came as a relief for guarantors, however, the question is whether this was contemplated by the framers of the code or if this is an instance of judicial overreach.

The NCLAT decided this issue on the basis that property which is not owned by the corporate debtor does not fall within the ambit of moratorium and thus a creditor may enforce its remedies against a guarantor. Considering the wording used and the intention behind section 14 of the code, the NCLAT’s interpretation appears to be correct.

Another issue that arises is whether all the suits and proceedings by or against a project SPV, as a corporate debtor, are stayed even if they are unrelated to recovery of debts. While some defaulting entities are eyeing moratorium as asylum against various proceedings, it is crucial to see what proceedings fall within section 14.

The NCLAT in Canara Bank v Deccan Chronicle Holdings has recently held that moratorium does not apply to judicial review under article 226, 32 or 136 of India’s constitution. This decision took into account the intention behind application of moratorium, which is to halt debt recovery against the corporate debtor while it is seeking a way to pay its debts.

The courts have given a similar interpretation to section 22 of the Sick Industrial Companies (Special Provisions) Act, 1985, which may, by analogy, apply to section 14 of the code.

The Supreme Court is clarifying the contradictory findings given by NCLTs. For example, the scope of principles of natural justice and the non obstante provision under the code was clarified in the Innoventive Industries case, while the dispute regarding the term “existence of a dispute” under section 8 of the code was just settled in September in the case of Mobilox Innovations Pvt Ltd v Kirusa Software Ltd.

The Supreme Court alone can settle contradictory findings on the scope of moratorium. Such decisions on the interpretation of provisions of the code are a welcome move to establish a new era of insolvency and bankruptcy jurisprudence, which will have a significant impact on stressed project loans in India.

Sushmita Gandhi is a partner and Bhargav Kosuru is an associate at HSA Advocates. HSA is a full-service ﬁrm with ofﬁces in New Delhi, Mumbai, Bengaluru and Kolkata. 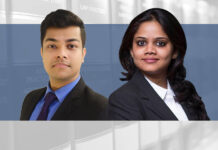 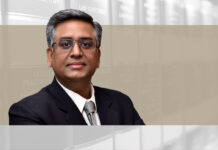 Do lawyers have a duty to help avert a climate catastrophe?
India’s top lawyers and legal icons