An inter-ministerial committee (IMC) chaired by Subhash Garg (former secretary of department of economic affairs), which examined issues related to virtual currencies recently, recommended a complete ban on cryptocurrency. The IMC, also submitted a draft bill, Banning of Cryptocurrency and Regulation of Official Digital Currency Act, 2019, to codify the ban.

The draft bill defines cryptocurrency as: “Any information, code, number or token not being part of any official digital currency, generated through cryptographic means or otherwise, providing a digital representation of value which is exchanged with or without consideration, with the promise or representation of having inherent value in any business activity which may involve risk of loss or an expectation of profits or income, or functions as a store of value or a unit of account and includes its use in any financial transaction or investment, but not limited to, investment schemes.”

Ban on cryptocurrency: The definition of cryptocurrency as set out in the draft bill is broad. It also seeks to include initial coin offerings, any stored value units (whether closed loop or open loop), and units that represent value in an underlying business (similar to a security).

The IMC has given several reasons for the proposed ban on cryptocurrency including, that it, 1) lacks intrinsic value and is prone to fluctuation, 2) operates on a distributed ledger technology platform without any central authority, 3) provides greater anonymity than regular mainstream payment methods and is vulnerable to money laundering and use in criminal activity and 4) is susceptible to fraud creating high risk for customers. 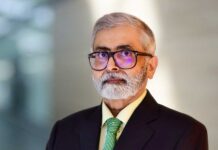