The Indian parliament recently enacted the Insolvency and Bankruptcy Code (Amendment) Act, 2019. Among other things, the act safeguards the primacy of secured creditors in the priority of payments in a corporate insolvency resolution.

This is a welcome move. It will hopefully remove the confusion created by the National Company Law Appellate Tribunal (NCLAT) in its judgment in Standard Chartered Bank v Satish Kumar Gupta. This decision disregarded the sanctity of secured credit agreements by ignoring one of the most fundamental principles of modern corporate insolvency law – the Absolute Priority Rule (APR).

The APR describes the basic order of payment in corporate insolvency. It provides that the claims of a class of creditors must be paid in full before any junior class of creditors may receive or retain any property in satisfaction of their claims, unless the more senior class consents to any departure from this principle.

Therefore, secured creditors have a right to receive payment in full prior to junior creditors and interest-holders receiving any value.

APR is a fundamental principle of modern corporate insolvency law. It originated in a 1913 decision of the US Supreme Court in Northern Pacific Railways v Boyd. Later in 1939, the US Supreme Court, in Case v Los Angeles Lumber, held that a plan is “fair and equitable” only if it complies with APR. The rule finally got codified into section 1129(b) of the US Bankruptcy Code in 1978.

Consequently, even the US judiciary cannot confirm a plan that violates priority distributions, unless the affected parties consent to such a violation. This legal certainty around priority of payments helps lenders properly calculate their expected returns on any loan at the time when the loan is made. This in turn helps reduce the cost of debt capital, encouraging entrepreneurship and economic growth.

Indian courts and tribunals dealing with corporate insolvency have consistently disregarded this basic rule. This can partly be attributed to the original text of the Insolvency and Bankruptcy Code (IBC), which recognized APR at the liquidation stage only. The decision of the NCLAT in Standard Chartered Bank v Satish Kumar Gupta further amplified the confusion.

First, the NCLAT refused to classify financial creditors into secured or unsecured for the purpose of distribution of sale proceeds. This is problematic. There are valid justifications for upholding security rights. A lender who extends credit to a debtor against a security or collateral has the right to get hold of the collateral if the debtor defaults on repayment. This right saves the lender the cost of constant monitoring for debtor mischief.

Moreover, if the law denies debtors the power to prefer some creditors over others through security agreements, creditors would have to contractually create such priority among themselves (in a subordination agreement). The latter is cumbersome due to higher transaction costs. For these reasons, it is important for the law to respect and uphold security interests by following APR.

Third, the NCLAT held that a resolution plan must specify the amount it proposes to pay to the financial and operational creditors. But it prohibited resolution applicants from using the statutory waterfall in section 53 for calculating the amount to be paid to each creditor. This caused immense confusion as to what order of priority should be followed in calculating the distribution.

The act has now resolved these issues. This is a positive move towards recognizing the APR in India. It is now abundantly clear that a resolution plan would be “fair and equitable” only if it complies with the APR. 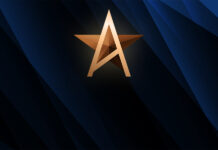 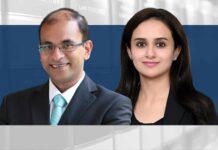