Shamnad Basheer, a well-known and highly regarded Indian legal scholar, teacher, writer, activist and lawyer, has unexpectedly passed away at the relatively young age of 43.

Mr Basheer is remembered also for his efforts to expand the understanding of the intricacies of IP law in the courts. Reacting to the news of his demise, Justice Aftab Alam, a former judge of the Supreme Court whose courtroom Mr Basheer most famously appeared in during the Novartis Glivec patent case in 2013, said: “It was no time for him to die. He was one of the best that the national law school has produced. The world of legal research, law teaching and genuine legal activism is much poorer by his demise.”

Among Mr Basheer’s many achievements was the founding of Increasing Diversity by Increasing Access (IDIA), a non-profit organization that he set up in 2010, which seeks to increase diversity in legal education. Mr Basheer was concerned that legal education, especially in the top-rung National Law Schools, suffered from a noticeable lack of diversity within the student population.

Over the years IDIA has helped scores of high school students from under-represented communities gain admission to India’s top law schools after first making them aware of the benefits of law as a viable and lucrative career.

Karthika Annamalai, an associate at AZB & Partners, is one of the many who benefited from Mr Basheer’s vision for access to legal education. Paying tribute to his memory she said: “For many of us IDIA scholars, Professor Basheer was a fatherly presence who always had our backs – he was our guiding light. It was his courage and conviction to always stand up for equality and against injustice that inspired many of us to dare study the law and accomplish what we believed to be impossible.”

As an academic, Mr Basheer taught first at the George Washington University Law School in Washington DC where he was a visiting professor of IP law. In 2008 he returned to India to a chaired professorship in IP law at the West Bengal National University of Juridical Studies in Kolkata.

“Sham could have had all the wealth and success the legal profession had to offer in India or elsewhere,” said Ameet Datta, a partner at Saikrishna & Associates and a close friend. “Yet, he chose to reject this life and threw himself into academics. I often asked him why and he said, ‘I think I will make more of a real difference as an academic.’”

Mr Basheer, who had received the Infosys Prize in Humanities in 2015 for his work on legal education and on democratizing the discourse around IP law and policy, had been unwell for some time.

“I am devastated by this tragic news,” said James Burden, the publisher of India Business Law Journal and director of Vantage Asia Publishing. “Shamnad was an amazing person, not only a brilliant legal mind, but someone who was genuinely committed to doing good in the world. Countless people’s lives are better because of Shamnad. His death is a terrible loss not only for the legal profession, but for society as a whole.” 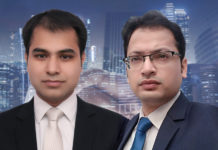 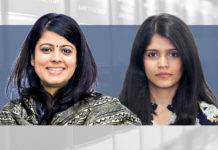 By Tusha Malhotra and Rashi Punia, Anand and Anand 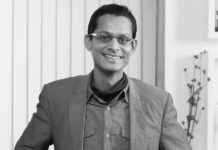