Participants have been clearly demarcated as market makers or users, the former defined as entities that can quote both buy and/or sell CDS spreads without necessarily having an “underlying” i.e. an underlying credit risk, provided they meet certain specified criteria. These include commercial banks, standalone primary dealers and non-banking financial companies with sound financials and good track record and any other institution specifically permitted by the RBI. Insurance companies and mutual funds will also be included as market makers as and when the Insurance Regulatory and Development Authority and the Securities and Exchange Board of India permit them to do so.

Users are defined as entities permitted to buy CDS protection only to hedge risks arising out of corporate bonds they hold. These include housing finance companies, provident funds, listed corporate and foreign institutional investors in addition to the entities mentioned above.

The draft guidelines state that the reference entity against whose default the protection is bought and sold, will be a single legal resident entity and the direct obligor for the reference asset or obligation and the deliverable asset or obligation. In line with section 45V of the Reserve Bank of India Act, 1934, the guidelines require all CDS transactions to have an RBI regulated entity at least on one side.

The Fixed Income Money Market and Derivatives Association of India (FIMMDA) is responsible for standardizing and devising appropriate documentation for CDS transactions. The draft guidelines have made it mandatory that the master agreement to be drafted by FIMMDA in association with the International Swaps and Derivative Association (ISDA) should ensure that the CDS transactions envisaged therein are intra vires and any re-characterization risks are reduced to the minimum. The FIMMDA has also been given the task of standardizing CDS contracts in terms of coupon, coupon payment dates, etc in consultation with market participants.

The draft guidelines also suggest that a determination committee be formed jointly by the market participants and the FIMMDA to resolve issues such as credit events, CDS auctions, succession events etc. Although the credit events for CDS transactions are to be as provided in the 2003 ISDA Credit Derivative Definitions, restructuring is not one of them.

While settling CDS transactions, users must undertake physical settlement, whereas market makers have other options. The draft guidelines have stipulated that the individual market participants have to maintain margin in either cash or government securities and that the positions should be marked-to-market daily and re-margined on a weekly basis. Moreover to ensure there is no mis-selling and market abuse, market makers have to ensure that a CDS transaction is undertaken only upon obtaining a copy of the resolution passed by the counterparty’s board of directors that authorizes the transaction.

Ameya Khandge is a partner at Trilegal in Mumbai where Anoop Vasu is an associate. Trilegal is a full service law firm with offices in Delhi, Mumbai, Bangalore and Hyderabad and has over 120 lawyers. 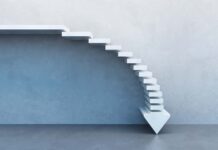 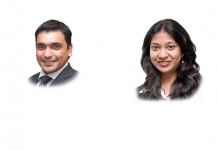 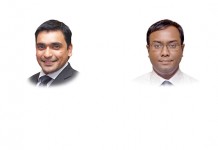