The Insolvency and Bankruptcy Code, 2016 has been amended by the Insolvency and Bankruptcy Code (Second Amendment) Act, 2018, which was recently passed by the nation’s parliament. Such frequent amendments do not indicate instability in Indian insolvency laws, but rather demonstrate the government’s commitment to remedy issues in implementation of the code that were identified by the Injeti Srinivas committee in its report submitted to the government on 26 March.

The Committee of Creditors (CoC) is responsible for deciding the outcome of an insolvency and may choose to accept a resolution plan or force liquidation. The CoC arrives at its decisions through voting, where the voting share of each committee member is determined on the basis of proportion of its debt in relation to the total debt.

Section 29A of the code prohibits (subject to few exceptions) a person (an acquirer) from submitting a resolution plan for a company in insolvency (the target), if any of the eight categories of disqualifications specified in section 29A apply to it. In addition, an acquirer is disqualified if a connected person – which includes a “related party” to any person who is a promoter, or in management or control of the target or of the acquirer – is disqualified under section 29A.

The amendments introduce a new definition of “related party, in relation to an individual” to mean specified relatives and specified entities, and the definition is quite wide. Illustratively, an acquirer is disqualified if the brother of a director of an acquirer is an undischarged insolvent, even if the director’s brother has nothing to do with the acquirer.

The intent of such wide ranging prohibition was to stop the persons who seemingly led a company to insolvency to regain control of the company through their relatives, however it does lead to some unintended consequences. In addition, it requires each potential acquirer to conduct a detailed review to ascertain that it is not disqualified under section 29A of the code.

One of the disqualifications under section 29A is where an acquirer holds an account, or controls or manages a company that holds an account, that has been classified as a non-performing asset (or a similar classification in a foreign jurisdiction), for a period of more than one year. Such disqualification does not apply to a financial entity that is not a related party. In order to qualify as a financial entity, an entity must be a scheduled bank in India, regulated by a financial sector regulator in India or outside India, a regulated entity that qualifies as foreign investors under Indian foreign exchange laws, an asset reconstruction company in India or an alternative investment fund registered in India.

The National Company Law Tribunal (NCLT) until now had limited discretion and was required to approve a resolution plan if it met certain basic requirements. However, post amendment, the NCLT would be required to assess that the resolution plan provides for its effective implementation. This enlarges the scope of enquiry by the NCLT, and how far this issue of effective implementation applies is untested. Continued supervision of a corporate insolvency resolution process is not intended and once a resolution plan is sanctioned, the monitoring function of the NCLT ceases.

The amendments further strengthen the code but require a detailed and careful assessment by a resolution applicant to ensure that it is not disqualified from acquiring an Indian company by participating in the corporate insolvency resolution process.

SHARDUL S SHROFF is executive chairman, and AMBARISH is a partner at Shardul Amarchand Mangaldas. 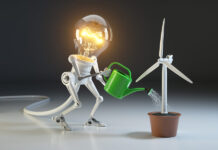