In Babanrao Rajarum Pund v M/S Samarth Builders & Developers & Anr vide judgment on 7 September 2022, it was held that absence of the words “final and binding” – though intended to solidify intention of the parties to settle their dispute through arbitration – cannot vindicate invalidation of the arbitration clause.

In the case, the appellant (Babanrao Rajarum Pund) and respondent (M/s Samarth Builders & Developers & Anr) had entered into a development agreement for the construction of Amay Apartments. According to clause 18 of their agreement, all disputes or differences of agreement should be referred to a mutually appointed arbitrator, failing which two arbitrators – one appointed by each party – will appoint a third arbitrator, with arbitration governed by the Arbitration and Conciliation Act, 1996, or any re-enactment.

The High Court of Bombay, while dismissing an application filed under section 11 of the arbitration act, held that the clause doesn’t contain certain essential ingredients of a valid arbitration agreement, as it did not mandate the arbitrator’s decision will be final and binding on the parties.

Subsequently, an appeal in the Supreme Court raised the issue of whether the arbitration clause of the development agreement between the parties was valid for invoking section 11 of the Arbitration and Conciliation Act.

The Supreme Court ruled there was no mandatory requirement of any specific format for the arbitration clause under section 7 of the arbitration act. The clause discloses the intention and obligation of parties to be bound by the tribunal’s decision, even if the words “final and binding” are not expressly mentioned.

The court further held: “The intention of the parties that flows from the substance of the agreement to resolve their dispute by arbitration is to be given due weightage. It is crystal clear to us that clause 18, in this case, contemplates a binding reference to arbitration between the parties, and it ought to have been given full effect by the high court.”

Therefore, the Supreme Court allowed the appeal, setting aside the High Court of Bombay’s order and appointing a sole arbitrator to resolve the dispute. 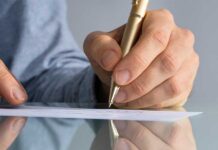 Debate on section 141 of NI act 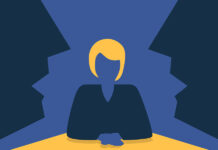 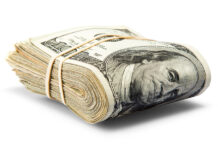 A framework for the deployment of sovereign green bonds shows the government is committed to a marriage of climate and infrastructure
As clients get savvier, law firms face pressure to lower their fees
A GC’s guide to global investment trends