Benjamin Franklin rightly said, “No nation was ever ruined by trade”. This seems to be fast becoming a mantra as nations experience the revolution in international trade and the power shift among economies. Even countries that have been conservative and traditional in their approach towards international trade are abandoning obsolete and restrictive trade practices to make way for sweeping economic reforms.

At times, some nations focus more on their domestic economy than on fostering a cordial international trade relationship, strongly discouraging the entry of foreign players. Until recently, India maintained strong reservations about throwing open its door to foreign direct investment (FDI). Moreover, a paralysed ruling government, often criticized as being incapable of making any key policy decisions, and which was further being crippled by the coalition, helped keep foreign investors at bay. However, with the next electoral polls round the corner, the Indian government seems to have nosedived into damage control mode and has recently announced a slew of economic reforms, including allowing FDI in multi-brand retail up to 51% and easing FDI restrictions in aviation and broadcasting.

However, several nations continue to have economic policies that strongly discourage international trade, in favour of a more internally focused economy. For instance, many nations place steep tariffs on exports or imports from certain nations or industries to restrict or limit entry of foreign players.

China recently imposed anti-dumping and anti-subsidy tariffs on a type of high-tech US steel used in power stations. The move came in response to the “Buy America” provisions of the US fiscal stimulus measures of 2009 and similar state-level laws, which restrict bidding on iron and steel contracts to producers from the US or countries with a reciprocal government procurement agreement.

Subsidies not only distort international trade but also escalate tension between trading nations, which may result in a war of retaliatory increases in tariffs. Given the diverse temperaments of nations and their varying economic environments and policies, it becomes imperative for an effective regulating body to step in and overlook the smooth functioning of international trade. The World Trade Organization (WTO), International Monetary Fund (IMF) and World Bank share the common goal of promoting the balanced expansion of international trade.

The WTO’s role and importance cannot be stressed enough. It keeps the wheels of international trade rolling. As one analyst rightly remarked, the WTO is far superior to individual governments, which are tempted by local political considerations to respond in kind with tit-for-tat measures.

The WTO recently slashed its international trade growth forecast to 2.5% this year from its previous estimate of 3.7%, while simultaneously lowering the forecast for 2013 to 4.5% from 5.6%. The economic slowdown in China is among the reasons for the declines.

Since China joined the WTO in 2001, its expansion in the global market has been meteoric. China now produces seven times more steel than the UK and the US combined, and accounts for nearly half of global output. The country’s share of global imports of iron ore, a crucial steelmaking ingredient, has increased from less than 10% in the early 1990s to about 65% now.

IMF statistics show that China is either the first or second-largest trading partner of 78 countries, so even a gradual slowdown in its economy can leave a broad range of industries, exporters and national economies deeply rattled.

According to a recent study, India and China, the two leading emerging economies, are experiencing roughly 10 times the economic acceleration of the industrial revolution. Given the love-hate relationship between India and China, it is ironic that the two nations should end up leading emerging economies at the same time. While India has dabbled at maintaining a pragmatic model of cooperation with China on the economic front, China too has learned to place economics above politics.

Bilateral relations between India and China date back to the mid-1980s. Bilateral trade has grown manifold to US$75.5 billion, making China India’s largest trading partner. India is pitching for greater Chinese investment in infrastructure, which has exceeded US$40 billion, despite some security anxieties in India.

Despite twitchy relations and occasional heated rhetoric, business relations between India and China have boomed for more than a decade. The two sides have targeted trade flows of US$100 billion by 2015.

India and China hold similar positions in the global economic scenario. Given the recent global economic meltdown, if Chinese investment in India is to flourish, it might be in the best interests of both the nations to conquer their legacy of mistrust and pool their resources to figure out a working relationship that benefits both nations. 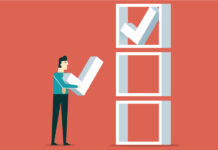