“An ounce of mediation is worth a pound of arbitration and a ton of litigation!” – Joseph Grynabaum. Indeed, the birth of every dispute requires the infusion of litigation. However, as Albert Einstein once said: “In the middle of every difficulty lies opportunity.” Thus, between the inception of a dispute and the solution of litigation, lies the opportunity of a mediation or conciliation, which are voluntary and structured negotiation processes where a neutral party, specializing in communication and negotiation, assists parties in amicably resolving their disputes.

The threat of litigation is a significant leverage while enforcing intellectual property (IP) rights, especially for software companies. However, litigating against a pirate/infringer is not always feasible in a suit of copyright infringement for numerous reasons, such as sensitivities involved in initiating legal proceedings against large enterprises and special interest clients, and instances where there are issues regarding the jurisdiction, or a lawsuit may result in a low return on investment. In such scenarios, it is a good strategy to escalate the negotiations regarding regularization of the infringement to a pre-suit mediation proceeding.

Software piracy is the biggest problem for a software company to tackle due to the highly sought-after nature of software programs, they being essential in almost every form of industry. The software intelligence and analytics company Revulytics’ 2018 Compliance Intelligence Data Survey shows that the use of unlicensed software puts India third in the world for using pirated or unlicensed software. With such widespread violation of IP rights in different software programs, the option of cost effective pre-litigation mediation is a more advantageous position than expensive and tedious full-fledged litigation.

Further, with the introduction of the EU’s General Data Protection Regulations, the sensitive collection of technical evidence by, or on behalf of, special interest clients and prestigious enterprises risks exposure in a court of law in litigation proceedings.

The advantages of a pre-litigation mediation are as follows:

Pre-litigation mediation proceedings take place in the presence of a mediator or conciliator who acts as an intermediary for any prospective amicable closure of a piracy or licence compliance dispute. During the proceedings, the software company can share any evidence, whether technical or obtained through conducting investigations on the infringing party, thereby removing any need for litigation in the first instance.

Furthermore, considering that licence compliance enables sales of the software program, pre-litigation mediation proceedings are a springboard to develop relations with the infringer, who in turn becomes a customer after regularization through settlement in the pre-litigation mediation. Such an approach also enables the software company to discover new avenues with the infringer, for example, performing a software asset management for the infringer in order to understand the pattern of deployment and the need for regularization, if any, and catering to any other business need of the opposite party.

Any settlement reached in a pre-litigation mediation has the same status and effect as that of an arbitral award on agreed terms on the substance of the dispute rendered by an arbitral tribunal, under section 30 of the Arbitration and Conciliation Act, 1996. Thus, the settlement arrived at is binding and enforceable between the parties, and can also be presented before a court of law in case of any breach by either parties.

Software companies filed 108 pre-litigation mediations in 2018 alone, at the Delhi High Court Mediation and Conciliation Centre. With this increase, the Commercial Courts, Commercial Division and Commercial Appellate Division of High Courts (Amendment) Act, 2018 under section 12A, chapter IIIA provides that: “A suit, which does not contemplate any urgent interim relief under this act, shall not be instituted unless the plaintiff exhausts the remedy of pre-institution mediation in accordance with such manner and procedure as may be prescribed by rules made by the central government.” 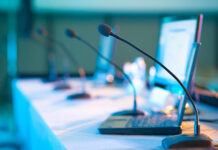 By Rishabh Shroff, Cyril Amarchand Mangaldas
The rapid development of crypto-asset trading and transactions in the country has enticed the government to impose a tax on the commodity
The pandemic has pushed Japan from its reign as the world’s largest investor
India is the world’s sixth-largest economy and expected to continue growing in the next decade