The Ministry of New and Renewable Energy (MNRE) has introduced a dispute resolution mechanism (DRM) to resolve disputes between the Solar Energy Corporation of India (SECI) and the NTPC (formerly known as National Thermal Power Corporation) on one side, and developers on the other. This has produced more confusion than clarity. It is a well-intentioned move but it is unclear how the DRM fits into existing dispute resolution mechanisms in contracts, and under the Electricity Act, 2003.

The DRM allows appeals against the decisions of NTPC and SECI in solar and wind power schemes administered by them. It covers three categories of dispute, namely: Extensions of time due to force majeure; other extensions of time; and all other disputes. A dispute resolution committee (DRC), consisting of three retired Indian administrative service officers, will administer the mechanism. A developer must apply to the DRC within 21 days of the decision of the SECI or NTPC, and the DRC must give its recommendation within 21 days of the reference. The MNRE then has to approve that recommendation. The developer must strictly adhere to these time limits, and failure to comply is a ground for summary dismissal.

Power purchase agreements (PPAs) between the SECI, NTPC and developers provide for resolution of disputes through the electricity regulatory commission (ERC) and arbitration. In the case of existing PPAs, which do not incorporate a DRM in the contract, the DRM is another means of adjudication open to the developer, but in the absence of an amendment to the PPA it will be difficult to argue that the DRM must automatically apply. The DRM may form part of newer PPA, although it is unlikely that it will replace arbitration clauses.

The DRM is a process outside PPAs and therefore subject to the jurisdiction of the high and supreme courts, especially as the DRC does not have final adjudication. The minister for the MNRE makes the final decision. This is likely to result in much litigation, particularly if the PPAs also incorporate arbitration clauses. While the contractual dispute may be resolved by the ERC and through arbitration, a pending suit against the minister’s decision based on the recommendation of the DRC may create an obstacle to the arbitral process.

The DRM requires the NTPC and SECI to pass speaking orders in cases where a developer makes a request before them. In making their decisions, the two bodies are required to provide considered solutions that accord with principles of justice and fair play. This differs from the arbitration process, where, unless otherwise agreed, principles of equity carry no weight in the determination of the dispute. In the mechanism as envisaged, it is unclear whether any admissions made in accordance with DRM principles bind the NTPC and SECI subsequently, or whether they are made on a without-prejudice basis. If it is the latter, they would not be binding or admissible in any subsequent arbitrations.

The determination of contractual disputes, particularly involving the extension of time and force majeure, require technical and legal expertise. The DRC consists of retired bureaucrats, and this calls into question the ability of the body to make decisions on such issues within a condensed time frame of 21 days without the assistance of lawyers. That the views of the DRC are subject to the final approval of the minister undermines the neutrality and hence the credibility of the process.

The DRM levies on developers a fee equal to 5% of the total amount of the dispute when they invoke the mechanism. One explanation for such a high fee is that it will reduce the number of frivolous disputes, but it will also discourage developers from approaching the DRC, particularly if PPAs already provide for arbitration. Even if the DRM forms part of future PPAs, it is unlikely that such a high fee will be held to be constitutional. In the case of Icomm Tele Limited v Punjab State Water Supply and Sewerage Board, the Supreme Court struck down contractual provisions requiring pre-arbitration deposits. Such a high fee for access to the DRM may well meet a similar fate if it is challenged in court.

Developers deserve an effective and time-efficient dispute redress mechanism. However, the form of the DRM as proposed by the MNRE falls far short of fulfilling such objectives. Instead of empowering the SECI and NTPC, it creates bureaucratic oversight, setting out no clear timelines for the implementation of DRC decisions. The DRM will potentially undermine neutral dispute resolution mechanisms set out in contracts. However well-intentioned this proposal may be, it is unlikely to satisfy anyone in its current form.

Abhishek Tripathi is the managing partner of Sarthak Advocates & Solicitors. Mani Gupta is a senior partner at the firm. 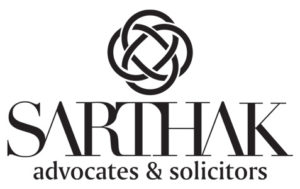 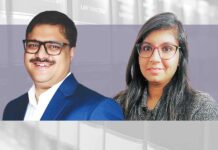 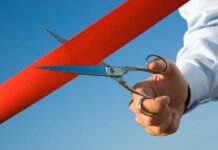