Home Juris Corp ‘Dual listing’ and how to make it happen

It seems inappropriate to describe the failed deal between Bharti Airtel and MTN Group as either a merger or an acquisition (especially given the pains taken by both parties to avoid any suggestion of the latter). As the deal structure evolved during negotiations, it was increasingly clear that some key MTN stakeholders would insist on Bharti shares being listed outside India – probably on a South African stock exchange. Such listing is popularly but misleadingly referred to as “dual listing”.

Identifying the real objectives underlying the request for Bharti to be listed overseas – and understanding why these objectives could not be achieved – is necessary to explain why the deal fell apart.

In many variants, the shares are either of the same class and listed on the respective SEs (and so traded in the local currencies), or are of a different class but with virtually the same rights regardless of the currency in which each class is denominated. It is not difficult for an Indian company (or the Indian company that results from a merger or combination) to list shares outside of India, as long as a direct listing is not required.

If all these arrangements are straightforward, what is the problem with dual listing? Many regulators view DRs as stuff for the “big boys”, not for the average investor – whatever these categories may mean in different parts of the world. Also, the position of “surrogate” (that is, non-member) shareholders causes concern to many regulators, especially if such shareholders cannot routinely exercise voting rights.

The 1993 scheme which governs the listing of DRs of Indian companies mandates that the underlying ordinary shares must be denominated in rupees. This is largely understood as a result of the rupee not being fully convertible on the capital account. While this may have been the original reason, a lot has changed since 1993, including the scheme itself.

If performed with certain safeguards, the issue of shares by an Indian company denominated in another currency does not really raise capital account convertibility concerns. This is confirmed by the Reserve Bank of India (RBI) having permitted limited reverse fungibility of underlying shares into DRs. Regulatory changes will indeed be required to enable dual listing, but not to the extent of resulting in full capital account convertibility, as some have claimed.

Dual listing does not necessarily mean that purchasers of shares in the other jurisdiction can freely sell them on the Indian SE. Allowing foreign investors to deal in shares of an Indian company on an Indian SE would require revamping the whole existing portfolio investment scheme for foreign institutional investors (and in fact, there has been discussion of proposed changes by the Securities and Exchange Board of India to the foreign institutional investment regime). RBI agreement on this would constitute one more step towards further capital account convertibility, but is not essential for dual listing. Dual listing is neither easy nor challenge-free, but tarnishing it with the brush of capital account non-convertibility is unjustifiable.

The real challenge for those wishing to establish dual listing is to properly identify the germane issues and to seek regulatory changes (rather than policy changes) where necessary. The Companies Bill, 2009, presents an ideal opportunity to build in the required flexibility in terms of corporate law. However, separate regulatory action may be needed, such as allowing shares to be issued in different currencies. Further, regulatory changes made to the 1993 scheme would also have to be reflected in the Companies Bill, 2009. Also the complex issue of private international laws as regards devolution of ownership by inheritance will have to be dealt with.

Dual listing is feasible without any need to travel further along the road of capital account convertibility. However, given their reduced financial leverage after the economic downturn, Indian companies may lose out on cross-border acquisition opportunities for some time while Indian authorities create the right regulations to enable dual listing.

H Jayesh is the founder partner and Prachi Loona is an associate at Juris Corp. Juris Corp is a full-service law firm based in Mumbai. The firm specializes in banking and finance, joint ventures, foreign investments into India, private equity, direct tax, bankruptcy and restructuring, cross-border M&A, insurance, energy and infrastructure, dispute resolution and international arbitration. 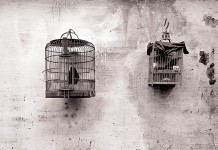 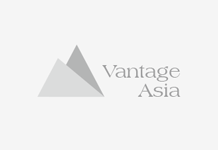 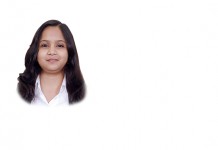 IDRs: can they be instruments of choice?

In-house legal teams have guided companies to understand CSR regulations during the pandemic
Why have several India-focused foreign lawyers changed jobs recently?
Do lawyers have a duty to help avert a climate catastrophe?