The rules were introduced to tackle the growing concern relating to the lack of transparency, accountability, and the rights of users in digital media. They were drafted to create a harmonious, light-touch oversight and governance mechanism for social media, digital media and over-the-top (OTT) platforms and intermediaries.

Scope of rules. The rules introduce a new class of Social Media Intermediary (SMI). The definition of an SMI is broad enough to include any online intermediary. If an SMI has over 5 million registered users, such it will be regarded as a Significant SMI (SSMI).

Due diligence. The due diligence that must be undertaken by an intermediary includes informing users about its privacy policy, its rules and the terms and conditions for usage of its services. It must report any cybersecurity incident to the Indian Computer Emergency Response Team. The rules also call for a grievance redress mechanism to be set up for receiving and resolving complaints from users or victims. Additional diligence requirements are prescribed for SSMIs, including the mandatory appointment of key personnel such as the chief compliance officer and the grievance officer (a standard that is similar to those proposed for e-commerce entities by the government). An SSMI must deploy technology-based measures, proactively and automatically to identify unlawful information such as sexual abuse or information, which is identical to previously removed content, and flag and take down that information.

Requirements of ethics code. Intermediaries dealing in news and online curated content. Part III of the rules, which contains the Code of Ethics, prescribes additional measures and safeguards to be followed by an intermediary that is either a publisher of news and current affairs content or a publisher of online curated content. With regard to publishers of online curated content, the code further obliges such publishers to adhere to a three-tiered mechanism to regulate and oversee their operations. The code also calls for the setting up of a self-regulatory body for this purpose. The code calls on such intermediaries to report and make disclosures at prescribed intervals. There is a prescribed mechanism to be followed in cases of offences that relate to public order, or to the integrity, defence and security of India. Powers under the mechanism include requirements to take down or remove posts.

The rules have been challenged before a number of high courts and the Supreme Court. Most prominent among these are the petitions in Agij Promotion of Nineteenonea Media Pvt Ltd v Union of India and Nikhil Mangesh Wagle v Union of India. This is because the Bombay High Court passed an interim stay on the operation of sub-sections 9(1) and 9(3) of the rules (which relate to the code of ethics referred to above. While the final hearing is scheduled in a few days, the application of this interim stay is accepted to be nationwide (as acknowledged by the Madras High Court in DNPA v Union of India, which also passed a stay on the same provisions).

Conclusion. The rules were enacted with the intent to increase the accountability of intermediaries, to regulate the publication and transmission of online content and to establish a light-touch, self-regulatory architecture, but some provisions require clarification. For example, rule 3(1) (d) read with the code requires intermediaries to decline to host, or to takedown information within certain categories such as defamation, morality and decency. Any determination in these categories is entirely subjective and could lead to unforeseeable interventions by the authorities. 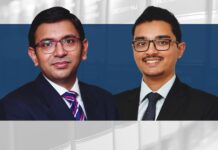 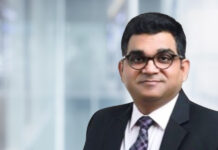 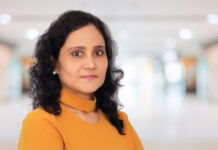 As clients get savvier, law firms face pressure to lower their fees
Are industry calls to tone down cybersecurity directives being heard?
How far have in-house counsel groups come in their efforts to secure statutory recognition?