Further to the announcement made at its board meeting of 22 September, the Securities and Exchange Board of India (SEBI) through a notification on 6 November amended various aspects of the SEBI (Substantial Acquisition of Shares and Takeovers) Regulations, 1997, commonly known as the takeover code or the code. One of the major amendments was to bring American depository receipts/ global depository receipts with voting rights on par with equity shareholdings for the purposes of the code.

Traditionally, the decision as to how voting rights in relation to depository receipts (DRs) would be exercised was made jointly by the issuer and the overseas depository. The issuer is the company which issues the equity shares to be converted into DRs; the overseas depository (OD) is the bank or financial institution which holds the shares for the issuer for the benefit of the DR holders, and which issues the DRs.

When SEBI introduced the code it treated DRs as instruments carrying economic interest rights, not voting rights. Therefore, DR holders were exempt from the provisions of chapter three of the code (which details the open offer process) until these DRs were converted into shares with voting rights. In other words, while the acquisition of a 15% stake of the equity shares of the issuer triggered an open offer (in which the acquirer was required to make an offer to the public to acquire at least a further 20% stake), the acquisition of the DR equivalent of 15% of shares, or a mix of DRs and shares totalling to 15% of the voting capital of a company, did not have similar implications.

Market participants may have been baffled by this exemption, but they nonetheless rejoiced at the deal structuring avenues it provided. Effectively, the exemption enabled foreign shareholders to acquire an economic and voting interest in a publicly listed Indian company without needing to comply with the code’s rigorous open offer requirements.

Such DR holders enjoyed almost the same benefits as a domestic shareholder in terms of dividends, liquidation proceeds and voting rights. The only difference was that the manner in which such voting rights could be exercised was agreed upon by the OD on behalf of the DR holder. In this context, one must also not forget the recent clarification by the Indian Ministry of Corporate Affairs that it did not view DR holders as a member of the company till they converted their DRs into shares, thereby excluding DR holders from a few statutory rights otherwise available to direct shareholders (e.g. initiating oppression or management proceedings).

The exemption of DR holders from the code’s open offer requirements has assumed greater significance over the years with the increase in the number of private placements of DRs (that is, placements with pre-identified sets of subscribers). The private placement route coupled with the exemption provision for DRs made it easy for investors to exercise significant voting rights in Indian listed companies without effective checks.

A twist in the tale

With the introduction of the new amendment, this scenario is set to change. The 6 November notification provides that the acquisition of DRs would continue to be exempt from the code so long as the DR holder did not “become entitled to exercise voting rights, in any manner whatsoever, on the underlying shares”, in effect casting a wide net over any kind of ability to exercise voting rights (including through an arrangement with the OD).

By wording the amendment widely, the SEBI has (i) ensured that any sort of voting arrangement in connection with these DRs (including one where the DR holder or the OD chooses not to exercise any voting rights) would attract the code; (ii) reiterated one of the most fundamental principles of the code that, it is the ability or the entitlement to exercise voting rights and not the actual manner or mode of exercise (or active refusal to exercise), which attracts the code; and (iii) also allayed the concerns of market participants who felt that the it may miss a trick or two while actually amending the code given that the initial press release of 22 September provided little clue as to how the actual amendment to the code would shape up.

SEBI’s initiative is laudable. It has finally closed a loophole which has been in existence for far too long and has brought uniformity and consistency to the interpretation of an important facet of securities regulations in India. However, as with any change in law, a few new questions arise. The icing on the cake would be for SEBI to clarify whether the amendments would apply only prospectively or to existing ADR/GDR holders as well and also to reconcile the difference in how it and the Ministry of Corporate Affairs perceive DR holders. These decisions in themselves could have huge ramifications.

Sawant Singh is a partner and Arun Madhu an associate at Phoenix Legal in Mumbai. They can be reached at sawant.singh@phoenixlegal.in and arun.madhu@phoenixlegal.in. 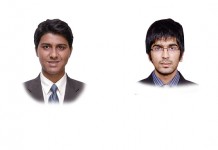 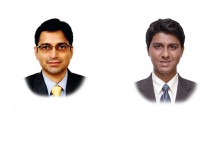 Mergers in general insurance sector: soon to be a reality

Why the automation of compliance processes is the need of the hour
In a celebration of ingenuity and excellence, we reveal the winners of our annual law firm awards
Does the de minimis exemption help or hinder the CCI?