On 12 December 2016, Jufa published The Big Data Report of Criminal Defence Rates in Mainland China on its WeChat subscription, which teased out the rate of criminal defence by lawyer on criminal cases in mainland China from 2014-2016.

According to the report, the rate of criminal defence by lawyers on criminal cases in mainland China is 14%, in which Shanghai has the highest rate at 22.94%, followed by Anhui province (21.44%), and Beijing (21.06%). The three lowest provinces are Xinjiang Uyghur autonomous region, Hainan province and Tibet autonomous region, with rates of 8.64%, 8.4%, and 6.8%, respectively.

Considering the inconsistent attitudes of local courts to the online system of paper for sentencing, the data in this report may be incomplete. Even so, the data has significant reference value as the result of a lack of transparency regarding judicial information.

The average rate of 14% is far below the rate of 30% or even 20% given by some other official or quasi-official institutions. The author attempts to compare this data with that of America or Japan, but fails to give detailed data in this article due to the limitation of time and data collection.

On the other hand, in consideration of the one-sidedness of data acquisition and inconsistent definitions of crime in different countries, it is really difficult to make a substantive comparison on the rates of criminal defence in various countries. For instance, in 2010, the number of criminal cases that occurred in the US was about 20 million (about 6,000 or 7,000 cases per 100,000 people), when the number in mainland China was 5.9 million (about 400 cases per 100,000 people).

It seemed like there was a world of difference between these two countries. But such difference is attributed to the different definitions of “crime” between China and the US. Some “tiny problems” in China like traffic violations, drug abuse, fighting without causing serious consequences would be punished by the Law on Administrative Penalties for Public Security, rather than regarded as a crime according to the Criminal Law. However, such “tiny problems” would be included in the category of crime in America.

So then, what is the success rate of criminal defence by lawyers?

In other words, it is getting harder each year for lawyers to succeed in pleading not guilty.

Each judicial system has its shortcomings and defects, and miscarriages of justice exist in any judicial system. And the occurrence probability of such miscarriages has the scientific rule. In view of the acquittal rate approaching zero in mainland China, it is hardly probable to expect more lawyers to be participating in criminal defences.

An important aspect of criminal defence, the relevant information regarding the legal aid system, was not included in this report. Legal aid is also a symbol of social justice because it is extremely important for the poor to be able to obtain what are limited judicial resources through legal aid. At present, with the acquittal rate being so low, most lawyers prefer to provide their services to the wealthy.

Even though there may be some lawyers willing to receive legal aid cases for their reputations, or simply to defend the poor and fight for justice, multiple obstacles have made it exceedingly difficult. The low acquittal rate makes it harder to build great reputations by criminal defence, and it also takes a lot of effort and time for a conscientious defence, which can be overwhelming for some young lawyers.

China’s central government has also been aware of the negative attitudes of lawyers towards criminal defence, and has started to deal with the issue in respect of the low rates of criminal defence. 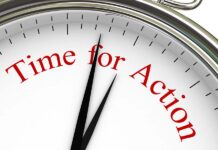 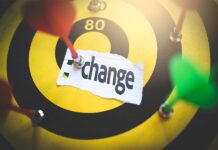 By ABM Nasirud Doulah and Amina Khatoon, Doulah & Doulah in Dhaka
Information and communication technology (ICT) played a central role in the provision of government services in the Philippines during the pandemic
Bangladesh is an emerging economy in Asia that could maintain its steady GDP growth and a stable BB- credit rating as per S&P and Fitch in recent year