Joint ventures are established with the objective of creating value by combining different types of assets. Once partners agree on their respective contributions, they decide on the contractual terms, which include exercising control, both for carrying out the operations and at the time of exit. Exit provisions seek to anticipate and avoid deadlocks and to act as a deterrent.

It is often difficult to anticipate the circumstances when either partner would want to exit or force the other to exit.

For instance, a non-resident entity would anticipate a break-up under several circumstances. Therefore, it would prefer, while retaining the control, to call for termination at its sole discretion and for an uncomplicated exit mechanism agreed on by the partners and legislated for in a shareholders’ agreement, ensuring a return on investment via a call and, or put option clauses, tag or drag-along rights, and other pre-emptive clauses.

The validity of these clauses has been questioned and the arbitral award for enforcing such provisions have been the subject matter of a dispute. Bombay High Court, in its order dated 27 March 2019, set aside an arbitral award that had held that a put option provided to Edelweiss Financial Services was void and unenforceable.

Edelweiss had purchased shares of Percept Finserve pursuant to a share purchase agreement (SPA) in December 2007. Edelweiss had the right to sell the shares to Percept in case of a failure to meet targets.

Bombay High Court order distinguished the arbitral award, which had held that put options were illegal because they were constituted as forward contracts, which are prohibited under section 16 of the Securities Contracts (Regulation) Act, 1956 (SCRA), and that they contained an option concerning a future purchase of shares, thereby, qualifying them as derivative contracts (and because these were not traded on a recognized stock exchange they were contrary to section 18A of the SCRA). The high court held that a put option is enforceable as the contract of sale comes into existence only after the exercise of such option.

The Securities Exchange Board of India (SEBI), historically, considered options falling short of qualifying as spot delivery contracts or derivative contracts. However, in October 2013, SEBI permitted pre-emption clauses, including option contracts for the purchase and sale of securities in shareholder agreements and articles of association of companies.

It clarified that the contracts now included within the scope of the SCRA, shall be valid if they are in accordance with the provisions of the Foreign Exchange Management Act, 1999, and the regulations framed by the Reserve Bank of India (RBI), and the notification would not affect or validate any contracts entered into prior to the date of the notification.

The RBI, moving from its stricter stance of viewing these contracts as debts, following its circulars dated 9 January 2014 and 15 July 2014, permitted options attached to equity shares, compulsorily and mandatorily convertible preference shares and debentures issued to non-residents by unlisted companies subject to there being no guarantee of an assured return or exit price at the time of undertaking the investment.

However, the enforceability of pre-existing option contracts had remained unanswered. The recent order settles this uncertainty. The option clauses, in the Edelweiss-Percept case, were executed in 2007 and exercised in 2008, both before the SEBI circular. The order clarifies that such pre-existing clauses were not excluded from the circular, and were not bad in law or impermissible. Merely because the agreement provides for a put option, the agreement cannot be considered a trade or contract in derivatives and simply making a put option concerning a security is not illegal under the provisions of section 18A of the SCRA.

Therefore, such an option is neither a forward contract nor a derivative contract under section 2(ac) of the SCRA. Options were construed as mere rights with the option holder, not constituting a completed contract but merely an agreement to contract at a future time. The court further held that even assuming that the option is a derivative, its illegality cannot be derived from section 18A of the SCRA, which only positively provides for legality and validity of contracts in derivative. 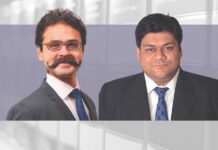