Upside sharing agreements (otherwise referred to as compensation agreements) are arrangements which are sometimes entered between an investor (usually a private equity investor) and the promoters and/or management of a listed company with an understanding that if the investor (at the time of its exit) makes a profit on its investment, a certain portion of such profit will be shared in an agreed proportion with the promoters and/or management by the investor. These agreements are quite common in merger and acquisition deals and are often linked to the company achieving performance criteria, continued employment, etc.

In most cases companies are not party to such agreements and no obligations are undertaken by the companies. Moreover, there is no outflow of funds from the company and therefore companies in most cases have not sought approval of the board or shareholders for such an agreement. With this background, the Securities and Exchange Board of India (SEBI) took cognizance of this and decided to regulate such agreements by way of a recent amendment to the SEBI (Listing Obligations and Disclosure Requirements) Regulations, 2015.

SEBI decided that any new upside sharing agreement between promoters/directors including the management and a shareholder including a third-party investor in a listed company will require prior approval from the board of directors and the public shareholders of the listed company. Additionally, all existing agreements of a like nature will also require approval from the board and need to be put before the public shareholders for approval in the next general meeting of the company.

Unsurprisingly, the amendment imposed a restriction to prevent all interested persons involved in such upside sharing agreements from voting on such matters. The ambit of interested persons has also been kept wide to ensure only the public shareholders are entitled to vote and approve such agreements.

While the amendments were introduced, it is important to take a step back and analyse SEBI’s concerns which led to the introduction of this amendment. SEBI observed that upside sharing agreements (or agreements of a like nature), if executed without the approval of the shareholders of the company, may lead to unfair practices and therefore need to be regulated. SEBI’s concern was that such agreements not only give promoters and/or management incentives to act on a short-term basis but also encourage promoters and/or management to act in their personal interest rather in the larger interest of the company and the public shareholders, which ultimately leads to unfair practices.

These concerns were highlighted in the consultation paper titled Corporate Governance Issues in Compensation Agreements by SEBI last year.

SEBI also probably took note of the exit of certain investors from a leading multiplex theatre listed company, which resulted in payments being made by the investors to the managing director of the company at the time of their exit. As per the media reports, the managing director had signed “incentive fee side agreements”, which at the time of the execution was not disclosed to the shareholders or to the stock exchanges.

It was only when an investor made an exit from the company and made payments to the managing director of the listed company under an “incentive fee side agreement”, that SEBI issued a show-cause notice to the company seeking details of the agreement and also sought an explanation as to why such an agreement was not disclosed to the company’s shareholders at the time of execution. Interestingly, the show-cause notice cited violation by the listed company in relation to: (a) the code of conduct of board members; and (b) the non-disclosure of events and information which are material in nature.

It was only when SEBI took note of the existent market practice that it decided to regulate such transactions. It is clear from the nature of the amendment that SEBI’s approach is directed towards investor protection and better corporate governance. In our view the amendment is a step in the right direction and was rightly introduced keeping in mind the possible conflict of interest of promoters and the management team vis-à-vis the company.

What now remains to be seen is the consequence of a scenario where the either the board or the shareholders do not approve an existing agreement. If the outcome leads to a denial of compensation to the promoters/directors and/or the management (as the case may be) an argument can be made that it is unfair to them as such payment is not sourced from the listed company but is paid from the pocket of the investors.

Vijai Mathur is a partner and Saiyam Chaturvedi is a senior associate at Link Legal India Law Services. 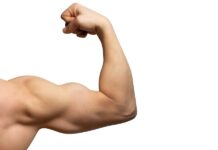 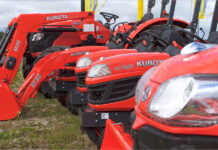 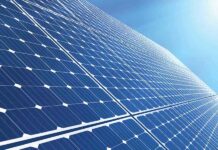