On 31 March, the Department of Industrial Policy & Promotion (DIPP), Ministry of Commerce & Industry, issued circular 1 of 2011. It reflects the policy framework on foreign direct investment (FDI) in India as of 1 April. Some of the changes incorporated in circular 1 are detailed below.

Earlier, the issue of shares to non-resident investors for non-cash consideration was under the automatic route: 1) against lump sum technical know-how fee or royalty, and 2) on conversion of external commercial borrowings.

Circular 1 permits, subject to certain conditions and with prior government approval, the issue of equity shares against: 1) the import of capital goods, machinery or equipment (including second-hand machinery) and 2) pre-operative and pre-incorporation expenses incurred by a non-resident entity.

Earlier, a conversion price needed to be fixed when convertible capital instruments (such as debentures and preference shares) were issued. Circular 1 permits a conversion formula to be determined upfront at the time of issue of these instruments. This gives investors greater flexibility to link the pricing of convertible securities to considerations like the performance of the issuer.

Earlier, only SEBI registered foreign venture capital investors could invest in venture capital funds (VCFs). Circular 1 permits any person resident outside India (including an individual NRI) to invest in domestic VCFs that are set up as companies. However, prior government approval would still be required for investment by non-residents in a domestic VCF set up as a trust.

There is some inconsistency between the consolidated FDI policy and the SEBI regulations regarding the issue of convertible securities.

Circular 1 requires that the conversion price of these instruments should not be less than the fair value of the shares of the issuer company. This is to be fixed according to the discounted free cash flow method for an unlisted company and the SEBI regulations for a listed company when the instruments are issued.

However, under certain SEBI regulations, the conversion price must not be less than the average of the weekly high and low of the closing price of the equity shares during a specified period preceding the “relevant date”. While the “relevant date” for a convertible instrument under the SEBI regulations can be linked to the date on which the instrument is issued or the date on which its holders become entitled to apply for equity shares, the conversion price under circular 1 must be determined only with reference to the fair value at the time of issue of the convertible instrument.

In addition, there is still no clarity on the issue of shares in lieu of other non-cash considerations, such as services rendered or the import of raw materials or trade payables. Also, circular 1 only permits the issue of equity, and not preference shares, against the import of capital goods or pre-operative expenses.

The DIPP has indicated other proposals to relax inward investments are under review. These include introducing FDI in multi-brand retail, permitting foreign investment in limited liability partnerships, permitting Indian companies to issue warrants and partly paid-up shares under the automatic route and relaxing the foreign investment regime for the defence sector.

Sandip Bhagat is a partner and Vivek Kumar is an associate at S&R Associates, a law firm with offices in New Delhi and Mumbai. 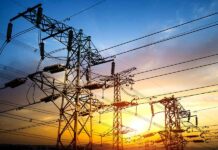 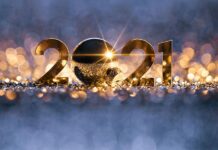