Significant merger activity in the telecoms sector provides a window into merger regulation and control on a global scale, writes Kalpana Tyagi

The past few years have been dynamic for the telecommunications sector worldwide. Significant concentration enhancing horizontal and non-horizontal merger activity has taken place in the telecoms sector notably across three jurisdictions – the EU, the US and India.

India’s telecoms sector has recently been centre stage for all aspects of competition law. For example, there were alleged claims of predatory pricing against Reliance Jio Infocomm (Reliance Jio), which in turn claimed that Airtel, Idea and Vodafone, and the industry body Cellular Operators Association of India (COAI), colluded to prevent its successful market entry by refusing to provide sufficient network connectivity.

The former complaint was dismissed by the Competition Commission of India (CCI), but the latter is pending appeal before Delhi High Court. In July 2019, the Digital Communications Commission (DCC) confirmed penalties totalling €30 billion (US$425 million) on Bharti Airtel and Vodafone for allegedly refusing Reliance Jio sufficient points of interconnection in 2016.

The DCC, acting as an advisory body, accepted the recommendations from the Telecom Regulatory Authority of India (TRAI) and suggested that the Department of Telecommunication (DoT) impose the fine. The DoT accepted the DCC recommendations, and levied the fine proposed on Airtel Bharti and Idea/Vodafone.

An Indian-qualified competition lawyer with a specialization in business strategy, Kalpana Tyagi works as a research scholar on artificial intelligence and blockchain technology at CREDI, Center for Legal Informatics, Department of Law, Aarhus University, Denmark. 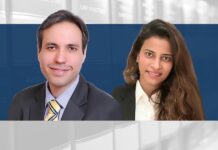 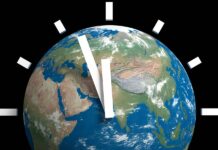