The appeal before the COMPAT was filed by the Board of Control for Cricket in India (BCCI) against a CCI order in February 2013 imposing a penalty of ₹522.4 million (US$8.5 million) against BCCI for abusing its dominant position.

The CCI held that BCCI was dominant in the “market for organization of private professional cricket leagues/events in India” and that it had abused its dominant position in terms of a media agreement (with Multi Screen Media) whereby BCCI had committed to not organize, sanction, recognize or support any professional domestic Indian cricket T20 tournament which competed with the Indian Premier League (during the 10-year term of the agreement).

Although the CCI’s order was challenged on several grounds, BCCI argued that the order should be set aside on account of violation of the principles of natural justice alone. In a detailed judgment delivered by the chairman of the COMPAT, the COMPAT agreed with BCCI, set aside CCI’s order and reiterated the well-established principles of natural justice in the context of the CCI’s functioning.

Firstly, the COMPAT held that the CCI is an adjudicatory/quasi-judicial body owing to the nature of its functions under the Competition Act and therefore it is obliged to comply with various facets of the principles of natural justice. The COMPAT observed that the CCI is required to pass “speaking orders” that include explanations to demonstrate application of mind to the relevant considerations/factors and exclusion of irrelevant and extraneous considerations and factors.

Secondly, the COMPAT observed that while holding an inquiry, the CCI is required to comply with the rule of audi alteram partem and give an effective opportunity to be heard to the person against whom a finding (of violation of the Competition Act) is likely to be recorded. An effective hearing includes an opportunity to controvert allegations made against the person, to controvert the evidence/material proposed to be used in support of the allegations, and to adduce evidence to demonstrate that the person has not violated the Competition Act.

Thirdly, the COMPAT held that if the CCI is to rely on some information which did not form part of the investigation report of the Director General, such information must be disclosed to the person and the person must be given an opportunity to controvert it. Similarly, if the CCI wishes to differ with the investigation report of the Director General, the CCI is expected to give notice to the person of its intention to do so and give the person concerned an opportunity to be heard.

Fourthly, the COMPAT held that newspaper reports, research reports, and other such information taken from the internet (i.e. available in public domain) do not have evidentiary value without further proof and cannot be relied on by the CCI. The rationale is that no one had appeared in the witness box to prove the contents of such reports and, as held by the Supreme Court in several judgments, it is at best hearsay secondary evidence.

Apart from this, based on the facts of the BCCI case the COMPAT held that the newspaper reports could not be relied on since the CCI did not disclose them to the person concerned (i.e. BCCI) to allow it an opportunity to explain or controvert them, which in the words of the COMPAT “not only resulted in violation of the principles of natural justice but also occasioned failure of justice”.

With these strong words the COMPAT set aside the order and remitted it to the CCI for fresh disposal. Compliance with the principles of natural justice is non-derogable, and the CCI – like all other adjudicatory/quasi-judicial bodies – is expected to abide by these principles.

This judgment is likely to be relied on in several pending cases before the COMPAT – especially where the CCI has disagreed with the investigation report of the Director General without disclosing its intention to do so to the parties concerned. It will be interesting to see whether in these cases the parties will be able to rely on the principles in this judgment, given that they may not have cited the violation of principles of natural justice in their pleadings.

Amit Tambe is a partner at Trilegal and Gautam Chawla is an associate. The views expressed are their personal views. Trilegal is a full-service law firm with offices in Delhi, Mumbai, Bangalore and Hyderabad. 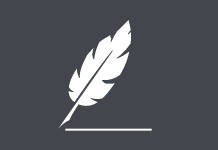 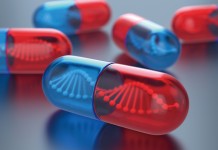 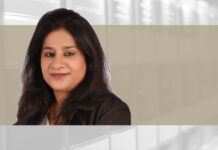