A penalty of USD27 million imposed on Amazon might just be petty change for the USD1.6 trillion-dollar tech giant, but there is much more at stake, not just for the US e-tailer but more importantly the confidence of foreign investors as they question the enactment of Indian legislation.

Last December, the Competition Commission of India (CCI) tossed a curveball on the controversial Amazon-Future Coupons deal. Not only did the antitrust watchdog fine Amazon for failure to furnish true and complete details of the acquisition, but it has also suspended the 2019 approval granted to the US e-commerce major for the acquisition of a 49% stake in Future Coupons.

The Indian antitrust authority ruled that the online marketplace had concealed information when seeking approval for the INR14 billion (USD187 million) acquisition of Future Coupons, saying that Amazon had violated competition law when it suppressed the scope and purpose of the deal. 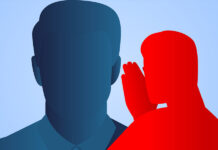