The year 2016 saw a swell in the number of India-related mergers and acquisitions thanks to a series of changes. A more liberalized foreign direct investment (FDI) regime in India opened up a clutch of sectors including retail, pharmaceuticals, defence and insurance, and allowed foreign companies to increase stakes in their Indian entities. In addition, the Narendra Modi government introduced structural reforms and radical domestic policy changes, and financial and strategic investors found new opportunities as Indian businesses disposed of stressed and non-core assets.

The year was also record-breaking for India-related M&A, according to data provider Mergermarket. The average ticket size of an M&A deal in 2016 more than doubled to US$166 million from US$80 million in 2015. Deal value catapulted to US$64 billion across 388 deals last year from US$34 billion across 421 deals in 2015. And as more companies belt up for a shopping spree backed by a wave of industrial consolidation and growing buoyancy in the economy, the M&A surge shows no sign of letting up anytime soon.

“Increasing buyer confidence and aggressive liberalization by the government has fast-tracked M&A activity in India, particularly in the insurance space and startups,” says Sakate Khaitan, a senior partner at Khaitan Legal Associates, who heads the firm’s corporate M&A, funds, restructuring and insurance practice.

Deal traffic was sluggish to begin with in 2016, but gradually gained traction in the second half on inbound and domestic transactions, bolstered by the government’s structural reforms. A host of other factors such as robust capital markets, consolidation across sectors, enhanced credit conditions and growing investor confidence also contributed to the upswing. 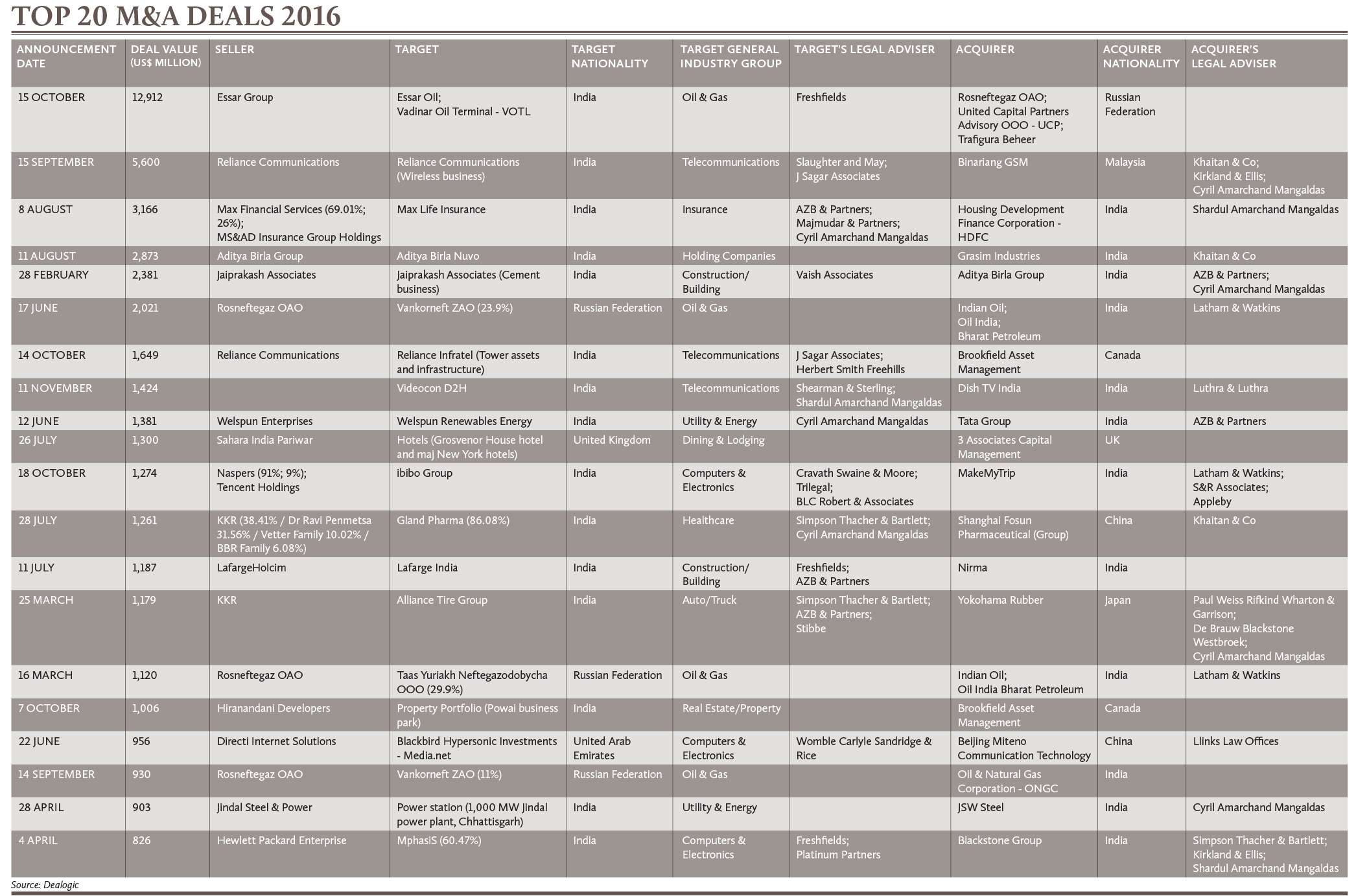 Domestic deals shone in the 2016 M&A tableau. According to Rajeev Gupta, vice chairman of boutique investment bank Arpwood Capital, this was the result of major intra-group alignments. “It was a year of massive capital reallocations by the largest industrial groups in India,” he says. “They took these thoughtful strategic steps with a clear objective of getting ready for future growth investments.”

Last year also saw an investment burst from private equity funds, sovereign wealth funds, and pension funds, which, according to Ankit Majmudar, a partner at Platinum Partners, are moving away from disinvestment towards investment opportunities. In addition, private equity exits gave strategic investors a chance to acquire privately owned companies. 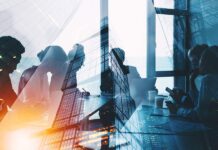