The Belt and Road was initiated to encourage international co-operation, and its coverage is not limited to certain countries and areas. After the Belt and Road concept came out, and during the 10th G20 Summit, China National Nuclear Corporation signed a framework contract on Argentina’s fifth nuclear power plant with Nucleoeléctrica Argentina, indicating the arrival of Chinese nuclear technology in Argentina.

As Chinese legal counsel, the lead author was involved in the entire process of negotiating and signing the contract, and also gained an in-depth understanding of relevant Argentine laws. This article provides a brief overview of the infrastructure laws, foreign capital access, labour, construction qualifications, and the impact of the political system for investing in and undertaking infrastructure projects.

Laws on infrastructure are being improved. Argentina is a civil law country and the legal structure is based on the 1853 Constitution. The revised Civil and Commercial Code of Argentina, which took effect on 1 August 2015, saw several changes in the legal structure. In November 2016, Argentina implemented its Public-Private Partnership (PPP) Law, planning to further absorb domestic and overseas private capital in infrastructure construction and other public projects. Investors should pay attention to these laws.

Argentina treats foreign investors equally. Like their domestic counterparts, foreign investors may, without prior government approval, invest in energy, mining, agricultural, commercial, financial, and other economic and industrial sectors related to production, sales and service. But special industries such as the military, media, certain real estate (basically agricultural), and real estate located in border and coastal areas are excluded.

Chinese enterprises must establish a legal entity to employ labour in Argentina. Argentine laws stipulate that any employee expatriated to Argentina, even if temporarily, must undergo labour registration performed by the local employer. Therefore, Chinese enterprises must establish branches or subsidiaries in order to employ Chinese or local employees in Argentina. The branch or the subsidiary must register with the local tax bureau in Argentina and obtain a tax identification number.

After registering with the local tax bureau, this branch or subsidiary can then employ and register employees pursuant to Argentine labour, social security and tax regulations. In general, enterprises have the right to employ at will local or foreign employees, and are not legally bound by a number or proportion.

Choosing the right type of consortium is a common practice adopted by construction enterprises. As in China, the consortium in Argentina is a contract arrangement rather than a legal entity. However, where China has only one type of consortium, Argentina has four: (1) Negocio en participación (business venture); (2) Agrupaciones de colaboración (collaboration group); (3) Consorcios de cooperación (consortium for co-operation); and (4) Uniones transitorias de empresas (UTE). The most commonly used is the UTE type, which is mainly used to carry out a specific project, and then the term ends with the project’s completion. Different types of consortia apply to different situations. Each party’s rights, duties and liabilities also vary. Investors are advised to research each type in advance before adopting.

On 10 December 2015, Mauricio Macri was sworn in as president of Argentina and started a series of institutional reforms including foreign exchange market reforms, which cancelled almost all existing foreign exchange control measures, adjusted taxation, and reduced energy and natural gas subsidization. Argentina has also entered into a repayment agreement with vulture hedge funds, issued new bonds and returned to international capital markets.

Investors in Argentina must not ignore the impact of the political system on projects. The changes in the law, policy, and government officials brought by the change of administration may have a tremendous impact on projects. For instance, in one project on which the authors advised, the parties had to renegotiate because of the change in administration.

Chinese enterprises seeking to invest in Argentina must also conduct in-depth research on corporate and tax law, as well as laws and regulations on insurance, environment protection, import and export, intellectual property and dispute resolution. Considering that the new Argentine government has just come to power, investors should also pay close attention to governmental trends. Chinese investors are recommended to pay more attention to legal research to make a more informed decision about investment in the country. 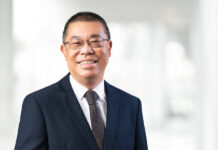