The year has started on a bright note for the banking sector with the enactment of the Banking Laws (Amendment) Act, 2012, which makes several far-reaching changes to existing banking legislation and increases the ambit of regulatory oversight of the Reserve Bank of India (RBI). It is expected that these changes will pave the way for entry of new players in this field, leading to greater competition, efficiency and wider financial inclusion.

The act stipulates that new banks will have an authorized share capital of ₹30 billion (US$565 million), doubling the previous limit of ₹15 billion, comprising 3 billion fully paid-up shares of ₹10 each. While banks may obtain the RBI’s permission to vary the number and denomination of shares, the central government may, in consultation with the RBI, increase or decrease the authorized capital limit.

Another welcome development has been the permission granted to banks to issue preference shares (not permitted earlier) in accordance with guidelines framed by the RBI. The act expressly states that such preference shares, if issued, would however not enjoy voting rights. Under Indian company law, limited voting rights are typically associated with such instruments.

Besides through private placement and public issue, changes to paid-up capital may now also be effected by nationalized banks through the issue of bonus shares or a rights issue, which could help banks to raise capital without materially deviating from existing shareholding patterns.

The systemic importance of banks in the financial system, coupled with the dangers of their managerial control being concentrated in the hands of few, had led to the imposition of voting caps (irrespective of shareholding) of 1% for public-sector banks and 10% for private-sector banks.

The act has now raised the ceiling for public banks to 10%, and with respect to private banks, has granted the RBI the power to raise the cap progressively to 26%. The increased ability of shareholders to participate in decision making will attract the interest of serious investors, especially foreign players, and help improve corporate governance standards.

To counteract any negative fallout from the above dispensation, prior approval of the RBI is required for any transaction that would result in a party either directly or indirectly acquiring a stake of 5% of shares or voting rights in a banking company. The act lists wide-ranging criteria for the RBI to determine whether the potential acquirer is a “fit and proper person”, including public interest, banking trends and international best practices.

After the finance minister’s proposal in the 2010 Union Budget of granting banking licences to new players, the RBI had requested greater supervisory powers which have now been bestowed on it by the act.

In addition to its existing power to remove any director or officer of a bank, the RBI, in consultation with the central government may, in the interest of the public or shareholders, supersede a bank’s board of directors and appoint an administrator in its place, for a term of not more than six months. The term may be extended by the RBI, provided the cumulative period of supersession does not exceed 12 months.

The RBI now has the power to call for financial statements and other information relating to “associate enterprises” of banks, which could include subsidiaries, holding companies, joint ventures or other entities having control over the bank or deriving economic benefits from its activities.

While such authority may be necessary to check possible abuse in the light of new banks being established by industrial houses with diversified commercial interests, the manner of its exercise may be a concern. To obviate the outbreak of regulatory turf wars, the act mandates that inquiries into associate enterprises be conducted hand in glove with the appropriate authority, if any, entrusted with monitoring such entity.

Laughing all the way?

The act has also made amendments in related statutes. For instance, contract law has been modified to validate provisions of guarantee agreements entered into with banks which extinguish rights or limit the liability of parties. However, this is contingent on the expiry of a minimum period, which should not be less than a year, from the occurrence or non-occurrence of a specified event.

Another noteworthy change is the amendment of prevailing revenue laws to exempt transactions – such as payment of stamp duty for conversion of a branch office into a wholly owned subsidiary, and transfer of shareholding of a bank to its holding company – which comply with the RBI’s guidelines.

Along with the increased cap on voting rights, these measures could arouse the interest of global players to enter the lucrative Indian banking industry. 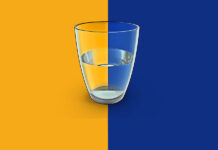 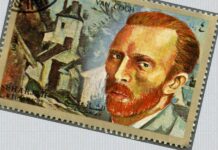