Due to this apparent conflict, lawmakers in different jurisdictions have attempted to achieve a balancing act between these two fields. India’s Competition Act, 2002, recognizes this apparent conflict and provides a window for IPR protection – although not a blanket exemption for all actions that may appear to be taken by enterprises in exercising their IPR.

So while the act applies when enterprises abuse their dominant position, an exception to the prohibition of anti-competitive agreements is provided where such agreements either (a) restrain any infringement of IPR or (b) impose such reasonable conditions as may be necessary for the protection of IPR.

This exception is applicable only in respect of IPR that is or may be conferred by the legislation specified in section 3(5)(i), although a proposed amendment to the act seeks to extend the exception to any law applicable to IPR. This provision has been worded in a manner so as to include persons who need not be the owners of the IPR.

As can be seen, the conditions imposed to protect IPR which may be anti-competitive in nature need to be reasonable. The Supreme Court of India formulated the test of reasonableness in the case of Chintaman Rao v the State of Madhya Pradesh, decided in 1950. The court stated that the word reasonable implies intelligent care and deliberation, that is, the choice of a course which reason dictates.

The application of this test, however, is not that simple. Determining whether conditions imposed in an anti-competitive agreement are reasonable cannot be done by applying any straitjacketed formula. The difficulty arises since the assessment needs to be done on a mixed question of law and fact and therefore needs to be carried out on a case-to-case basis.

Antitrust regulators in different jurisdictions have had the opportunity to consider matters involving the exercise of IPR where such exercise has led to the violation of principles of competition/antitrust law. These regulators have generally been inclined to the view that IPR does not give the holder immunity from laws of general applicability including antitrust laws. The European Court of Justice, in a case decided in 1995, held that the refusal to provide basic information by relying on national copyright provisions prevented the appearance of a new product and that such refusal constituted an abuse of dominant position.

The Competition Commission of India also, in one of its earlier decisions (Case 1/2009, decided in 2011) considered the provisions of the Copyright Act, 1957, and judicial decisions arising from them and held that intellectual property laws do not have an absolute overriding effect on competition law. It can be observed from this decision as well as from decisions made by regulators in other jurisdictions that when the enforcement or exercise of a right under intellectual property law is in violation of competition/antitrust law, such exercise or enforcement could be struck down as anti-competitive or an abuse of dominance, as the case may be.

The Competition Bureau in Canada has stated in the introduction to its Intellectual Property Guidelines that intellectual property laws provide incentives for innovation and technological diffusion by establishing enforceable property rights for creators of new and useful products, technologies and original works of expression. Competition laws may be invoked to protect these incentives from anti-competitive conduct that creates, enhances or maintains market power or otherwise harms vigorous rivalry among firms.

Broadly, regulators across jurisdictions appear to be following the same principles. These are some of the principles that could act as guidelines in determining whether conditions imposed in agreements to protect IPR are reasonable.

To conclude, even though IPR and competition/antitrust law may, in certain cases, appear to be in direct conflict with each other, the underlying principle of both, i.e. consumer welfare, creates an environment whereby the two act in a manner so as to complement each other rather than contradicting each other. Enterprises in India, therefore, need to achieve a fine balance in protecting their rights, without impinging on the principles of competition law.

Udwadia Udeshi & Argus Partners is a full-service law firm with offices in Mumbai, Delhi, Bangalore, Kolkata and Chennai. Mihir B Kamdar is an associate partner and Akshay Puranik is an associate at the firm. The views expressed by the authors are personal and do not reflect the views of the firm. 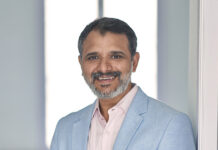 The outstanding transactions and disputes of 2020
A jump in value of bitcoin has sparked renewed interest among investors. How will Indian regulators respond?
Anti-counterfeit services agencies bring their own share of problems for companies