The application of the Securitisation and Reconstruction of Financial Assets and Enforcement of Security Interest Act, 2002 (SARFAESI Act), and that of the Prevention of Money-laundering Act, 2002 (PMLA), converge in situations of provisional attachment or confiscation of assets under the PMLA and enforcement of security under the SARFAESI Act.

Section 5 of the PMLA provides that a “director” or another officer not below the rank of a deputy director (as appointed under the PMLA) has the power to provisionally attach a person’s property if they have reason to believe that the person is in possession of “proceeds of any crime” and that such proceeds are likely to be dealt with in any manner which may result in frustrating any proceedings under the PMLA. After duly conducting the adjudication process and hearing any aggrieved parties, the adjudicating authority can confirm the attachment. The question that arises is what happens when secured lenders have rights on the same property.

With regard to provisional attachment, in Indian Bank v Government of India, Ministry of Finance (2012), Madras High Court observed that the PMLA does not take into account the plight of victims of crime. Noting the intent of the PMLA, the court held that this lacuna in the PMLA cannot result in the banks being left high and dry. The court allowed the bank to maintain its claim under the SARFAESI Act, even though the property had been provisionally attached.

However, in Chief Manager, Syndicate Bank v Deputy Director, PMLA (2011), the appellate tribunal under the PMLA upheld the order confirming the provisional attachment and held that the bank would have another opportunity to prove its case during the course of confiscation proceedings.

Section 5(4) of the PMLA states that a provisional attachment shall not prevent the person interested in the enjoyment of the immovable property attached, from such enjoyment. The Indian Bank case suggests that banks will have a right to challenge such provisional attachment and claim their rights. However, from the PMLA’s subsequent provisions and their interpretation by the judiciary it is clear that such enjoyment is subject to subsequent confiscation of the property under section 9 of the PMLA.

Sections 8(2) and 9 of the PMLA were challenged in the case of B Rama Raju v Union of India and Ors (2011) and Andhra Pradesh High Court upheld their constitutionality. The court further observed that “in view of the fact that targeting the proceeds of crime and providing for attachment and confiscation of the proceeds of crime is conceived to be the appropriate legislative strategy … we are not persuaded to the view that attachment and confiscation of property constituting proceeds of crime in the possession of a person not accused/charged of an offence under Section 3 constitutes an arbitrary or unconstitutional legislative prescription”.

Effectively it has been suggested that even if the property is not with the offender, as where a lender enforces security and sells it, it still can be proceeded against under the PMLA as the legislative intent is to target and confiscate property derived from criminal activity even when it is laundered and finds its way to the ownership, control or possession of non-offenders. 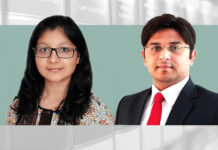 Do lawyers have a duty to help avert a climate catastrophe?
Analysis: What propelled Air India’s return to Tata?
A celebration of excellence in corporate legal teams