The Securitisation and Reconstruction of Financial Assets and Enforcement of Security Interest Act, 2002 (SARFAESI), was enacted to allow for the registration and regulation of asset reconstruction companies (ARCs) by the Reserve Bank of India (RBI). ARCs can acquire and recover non-performing assets (NPAs) and can, like other secured creditors under SARFAESI, enforce security interests without judicial intervention.

It has often been said that SARFAESI was enacted more as a prudential measure than as a reaction to a systemic NPA crisis. This may be why SARFAESI contained strict limitations that made it harder to operate ARCs.

Section 3(3)(f) of SARFAESI prescribed that shareholding in an ARC by a single sponsor (a person holding at least 10% of the paid-up equity share capital of an ARC) should not be more than 50%, and restricted a sponsor from holding any “controlling interest” in an ARC. Section 3(3)(d) of SARFAESI restricted more than half of the board of an ARC from being made up of sponsor-nominated or associated directors. The obvious investor concern became – how to steer an ARC effectively, after having made significant capital investments, without the ability to control.

Not surprisingly then, despite the enactment of SARFAESI and gradual liberalization of the foreign direct investment policy on investment in ARCs, the rate of NPA acquisition by ARCs has been dismal. Financial stability reports show an increase in gross NPA ratios from 5.1% in September 2015 to 7.6% in March 2016, owing in some measure to the RBI’s push for asset quality reviews.

The lacklustre performance by ARCs could be attributed to many factors. But valuation mismatches between the expected value by banks and bids made by ARCs, and lack of funding for ARCs remain the two biggest stumbling blocks. And over-regulation of the sector contributed in no small measure to lack of funding.

Until recently, only 49% foreign investment was permitted under the automatic route, with any more foreign investment requiring prior governmental approval. Since acquisition of control generally drives any substantial investment, the restriction on sponsor shareholding and regulatory controls over the management of ARCs were major barriers in attracting foreign capital.

Cognizant of the foreign investor interest in Indian ARCs and the need to increase access to capital for ARCs, the finance minister’s budget speech in February proposed to raise the sponsor holding limit in ARCs to 100%. The Department of Industrial Policy and Promotion then issued press note 4 of 2016 allowing 100% foreign investment in ARCs under the automatic route and 100% foreign institutional investor/foreign portfolio investor investment in each tranche of security receipts. The press note was also indicative of amendments to SARFAESI that would remove restrictions on control exercised by sponsors.

The amendments came through in August with the passing of the Enforcement of Security Interest and Recovery of Debts Laws and Miscellaneous Provisions (Amendment) Act, 2016, which included amendments to section 3 of SARFAESI, with effect from 1 September 2016.

The critical change brought about by the amendment act is that section 3(3)(f) of SARFAESI no longer prohibits sponsors of an ARC from holding any controlling interest, but instead prescribes that the sponsor must be a fit and proper person as specified by the RBI. Further, section 3(3)(d) of SARFAESI, which restricted the number of sponsor directors on ARC boards, stands omitted.

The amendments to SARFAESI, read with the liberalization under press note 4 of 2016, pave the way for foreign sponsors to hold up to 100% equity in an ARC and to exercise meaningful control of the affairs of the ARC, subject to meeting the “fit and proper person” criteria which the RBI is yet to notify.

Still, the amendments are far from the deregulation that investors were seeking. They also introduced into SARFAESI section 12B, which empowers the RBI to remove the chairman or any director or appoint additional directors on the board of an ARC, and also to appoint any RBI officer to observe the working of the ARC’s board, should it feel that the ARC’s business is being conducted in a manner detrimental to public interest or to the interests of investors in security receipts issued by the ARC.

Reports suggest that these recent changes and the new Insolvency and Bankruptcy Code have spurred an increase in applications for registration as an ARC under SARFAESI. What remains to be seen is how effectively ARCs will function since the over-regulation of the sector is far from having ended.

Anu Susan Abraham is a partner and Anandita Kaushik is a senior associate at Shardul Amarchand Mangaldas & Co. The views expressed in this article are those of the authors and do not reflect the position of the firm. 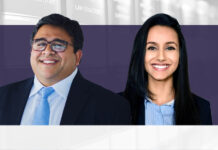 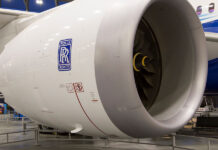