As Asia-Pacific companies increasingly look abroad for fresh opportunities, law firms are expanding their footprints in response. George W Russell discovers that the region’s legal businesses are crossing borders through a range of strategies, from direct ownership to network affiliations.

hile the coronavirus pandemic has restricted movements across the world for the past two years, law firms in Asia have been quietly expanding. Some have executed plans held in abeyance by covid-19, while for others the deal boom sparked by the pandemic has accelerated growth.

With a shrinking domestic market, Japanese corporations must expand internationally to grow, even in the teeth of a global pandemic, and their law firms must follow. Nishimura & Asahi, for example, has been steadily growing a Southeast Asia practice, but in the past two years the firm has expanded further afield.

Nishimura & Asahi has pursued different methods of expansion. “We have alliances with local law firms, joint ventures with local firms but mostly we are setting up our own offices,” says Morimoto. “In Bangkok, we merged with a Thai law firm and we have a lot of Thai lawyers. In Singapore, we cannot practice by ourselves, so we made a foreign law alliance.”

One benefit is better integration of practice groups, according to Noda. “During a transaction in which a Japanese company was to acquire an Australian company, we found just before execution that significant issues needed attention in Indonesia, China and Singapore. We could handle the matter easily by accessing our colleagues.”

The law firm has watched a dramatic evolution among Japanese corporations. Twenty years ago, it was mainly heavy industrial groups, trading companies and banks that did business internationally. “Recently, a lot of Japanese companies have expanded, especially new economy companies, into Souftheast Asia,” says Morimoto, citing e-commerce giant Rakuten as an example. Noda points to healthcare groups as another active sector.

Morimoto adds that smaller Japanese companies are now eager to grow their international businesses. “The size of the companies has changed,” he says. “Two decades ago, most going overseas were huge, with market caps of more than USD1 billion. Recently, medium to smaller companies have tried to expand.”

Another Japanese firm, Atsumi & Sakai, has taken a different approach from the beginning. “Most of the Japanese law firms are looking into Southeast Asia, and sometimes the Middle East, but we are focused on London, Frankfurt and New York,” says Bonnie Dixon, the firm’s New York managing partner. “That reflects our historical strength in financial services and regulatory.”

Dixon believes the firm should have offices where it can make a difference. “We have a relationship with a Vietnam firm, but US and UK firms dominate so much there. It makes no sense for us to just hold the hands of Japanese clients. We are in jurisdictions where we can play to our historical strengths.” 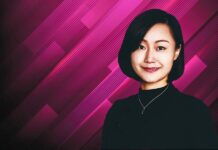 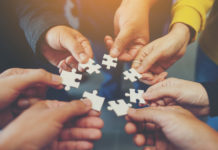