The world is about to leave 2021 behind, the year that we thought would provide redemption from the confines of the pandemic, but that failed to deliver anything but newer strains of the virus. The real challenge was how well we adapted, and according to our regional survey, law firms in Asia improvised particularly well. Putro Harnowo reports on the survey findings

To understand how well the legal market adapted and evolved to support flagging companies and encourage new investment, Asia Business Law Journal conducted a survey of law firms throughout the region. Among the law firms in 15 jurisdictions who responded, many have an optimistic outlook for the coming year, especially in practice areas that have remained prosperous. The survey also reveals some of the strategies that law firms used to cope with the health crisis, and what their plans are for 2022.

A general optimism is shared across jurisdictions, but this uptick in sentiment is not just lawyers chasing their tails, as 74% of law firms saw an increase in revenue, while 15% reported a steady income compared to last year.

The markets seem vibrant, and more than half of the 76 law firms in the survey (56%) reported adding to their lawyer numbers, while 40% said numbers remained roughly the same year-on-year. Still, 64% of law firms kept their billing rates the same, and 30% increased their rate, compared to last year.

The global health crisis required a special approach, and 21% of firms admitted changing their billing methods, while 11% considered doing so. The most preferred new billing method is a blended or mixed rate (56%), followed by project-based or flat rate (21%), hourly rate (14%), and subscription or retainer (3%). Other preferred methods are value billing and advance charges for new clients.

“The pandemic has brought a lot of inconvenience to people’s lives, but at the same time it has also given rise to new business models,” says Guo Chunfei, senior partner at Tiantai Law Firm in Beijing. “Under such a situation, lawyers should follow the trends, constantly improve their professional knowledge, and expand into new business areas.”

Gautam Khurana, managing partner at India Law Offices in New Delhi, admits that 2020 brought an extreme downturn in business sentiment, along with long lockdown periods. But as 2021 started with a benign base figure, he saw real growth due to a sharp spike in legal work.

“We could see work coming in due to estate planning, inheritance, relocation to new countries, and the consequent work associated with moving or making investments,” says Khurana. “The shift connected with areas such as inheritance, immigration and investment validated the structural and psychological changes we could see in society over the past 18-24 months.”

Neeraj Tuli, a senior partner at Tuli & Co in New Delhi, agrees that disruption from the pandemic has taken a toll on his clients and their businesses, and initially caused limited functioning of courts and tribunals. But this year has shown that the table has gradually turned.

“Since the end of lockdown, work volumes have increased across most teams, and where that has not happened for certain teams, the expectation is that will happen,” says Tuli.

In Dhaka, AS & Associates partner Ferdaus Rahman also expects increased work, mostly due to “covid resilience and economic recovery or stability, leading to increased foreign investment. Our strategy would be business as usual because we have found the right balance,” says Rahman. 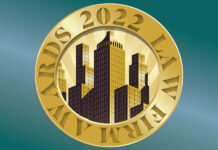 Enthusiasm for cryptos in Indonesia has led Muslim clerics to forbid them, but the market begs to differ