Our publications
Home Features Any takers?

“Please remember, when the [foreign] investment was not there, we did not eat lizards,” the former finance minister, Pranab Mukherjee, growled in May. Less than six months later, with Mukherjee booted out of the Finance Ministry and ushered politely into the presidential seat, investors saw a sea change. Foreign capital was suddenly welcomed in multi-brand retail and power trading exchanges, and restrictions were eased in civil aviation, broadcasting and single-brand retail. These bold moves, according to prime minister Manmohan Singh, were designed in part to stimulate India’s economy, revive investor confidence and generate “productive jobs for the youth of our country”.

Interestingly, enthusiasm has been muted. Some say this is because investors are waiting for clarifications following an initial teething period. However, others express doubts about foreign interest, arguing that the government has dragged its feet for too long and that any liberalization in India today is anti-climactic.

Some believe the changes were prompted by India’s slipping global economic standing. “The [reforms] have been designed primarily to convey a reformist political intent and avoid a ratings downgrade,” says Sumesh Sawhney, a partner at Clifford Chance in London. Others think the government always had the resolve to encourage inflows of foreign capital, but an onslaught of bad press spurred it to action in the face of stiff political opposition. “There was a lot of hallagulla [hullabaloo] about policy paralysis and negativities from the US and Western media,” says Bhumesh Verma, a partner at Paras Kuhad & Associates. “I think the government decided to take them on once and for all and shed this image.

The mandatory digitization of cable television presents huge opportunities for both financial and strategic investors. India is the third-largest cable television market and one of the most fragmented cable markets in the world. Acquisitions and consolidations will be the future of this sector. Customer acquisitions will give strategic investors the ability to sell their bouquet of services – video-on-demand, time shift TV, broadband, interactive gaming – the possibilities are endless in a true convergence reality.

A new addition to broadcasting carriage services is mobile TV, where foreign investment of up to 49% is allowed under the automatic route and up to 74% is permitted with government approval. This will mean that delivery of content on a mobile will not require controversial spectrum as mobile TV services can be provided using terrestrial technologies.

The Telecom Regulatory Authority of India has recommended that a separate licence be issued through a closed tender system on the basis of a one-time entry fee.

Euphoria aside, new entrants may find investing difficult due to the highly fragmented nature of the market and the multi-tiered nature of the broadcasting industry. A strategic player would certainly want to take on the roles of an MSO, distributor and local cable operator in order to have optimal control over the delivery or carriage of content. This would be no mean feat in the Indian context.

Also, specific to cable television, it has always been difficult to implement network expansion given the “right of way” complexities in the Indian system.

Another point of worry comes from the recent turmoil in the telecom sector coupled with the present unstable political scenario. Sectors where licences are required to operate are being viewed with suspicion and distrust for justifiable reasons.

However, it is only a matter of time before strategic players start making their move. A billion people of whom 60% are below the age of 30 with disposable incomes would be hard to ignore.

For instance, Rupert Murdoch’s News Corp, which has a stake in the DTH operator Tata Sky, may not be able to benefit from the higher foreign investment limit and increase its stake in Tata Sky as it runs a broadcasting business in India through Star.

The issue of security is a major concern. Foreign investment is subject to stringent conditions such as obtaining security clearances for directors, key management personnel and foreign personnel engaged by an Indian company. Indian authorities have the power to periodically inspect an Indian company’s services and access its records.

The changing tax regime is another point to note. The general anti-avoidance rules (GAAR), which are expected to come into effect on 1 April 2013, in essence will authorize the tax authorities to go beyond corporate forms and structures and determine whether transactions have been structured for the purpose of avoiding or evading tax. Given the wide ambit of the GAAR, investors will be apprehensive of the indiscriminate invocation and inconsistent application of GAAR provisions by the authorities.

Investors should conduct due diligence checks from not only a legal but also a technical perspective to safeguard their investments. But this is far from adequate in the wake of the recent telecom licence disputes. We would advise clients to conduct detailed forensic investigations of the target company and, if possible, the promoters. Increasingly, related-party transactions and “unexplained transactions” are being heavily scrutinized by income tax and enforcement directorates. So such transactions must be thoroughly understood before foreign players make their investment decisions.

While executing transaction documents, investors should seek suitable indemnity-backed representations and warranties from promoters and targets, especially on compliance and licensing issues.

Considering that a breach of licence terms could lead to huge penalties or a potential revocation of the licence, investors, even with a minority shareholding, should retain rights to conduct periodic audits or set up governance committees to monitor compliance with licence conditions. Suitable exit options and ring-fencing structures may need to be devised to protect the investor in such cases. 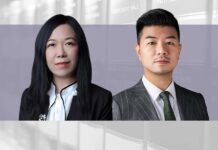 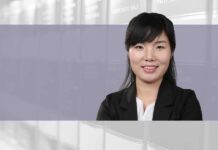