2015 amendments to the Arbitration & Conciliation Act brought about a serious overhaul of the justice delivery system through arbitration. India’s courts have interpreted the amendments in the same spirit and have brought clarity to the objective of the amendments.

A very interesting recent development is that while referring the disputes to arbitration, the courts in India are now required only to make a prima facie assessment as to the existence of the arbitration clause. This change has been brought by the recent amendment to the act. The new development reduces the time required by court to apply its judicial mind before the disputes can travel to arbitration, and gives primacy to the principle of kompetenz, recognized globally.

An example of how readily courts are now referring disputes to arbitration is a recent judgment of the Supreme Court of India, where even a non-party to arbitration, in the peculiar circumstances of the case, could be referred to arbitration, owing to the presence of an umbrella contract containing the arbitration clause.

To ensure impartiality and transparency in arbitration proceedings, another important development is the manner of appointment of arbitrators. It is now mandatory for every arbitrator to disclose all such information, which establishes existence of any relationship or interest of any kind that is likely to affect his or her neutrality, or ability to complete the proceedings within the specified time. There are descriptive schedules to the act that specify such relationships that would automatically create a likelihood of bias.

Another fear of parties coming to India for dispute resolution is the time taken to resolve disputes. In order to make the arbitration process quicker the 2015 Amendment Act has added sections 29A and 29B. Section 29A makes it mandatory to complete the proceedings within 12 months (additional six months, in some circumstances) from the date arbitral tribunal enters upon the reference. Section 29B, on the other hand, allows parties to agree on a fast-track procedure to dispose of proceedings within six months.

Another relevant development is the availability of an interim measure, even where the seat of arbitration is outside India. This resolves the dilemma that various foreign parties face, that if the seat of arbitration is outside India, then how can one secure assets of a party located in India, in case there is a fear of disposal. It is of course, open to parties to agree to exclude the provisions of interim relief in India.

To expedite enforcement of awards and to discourage parties from prospective litigation, the automatic stay on execution of awards, on mere filing of an objection petition, has also been discontinued. Indian courts post 2015 amendment require the award debtor to first satisfy that a stay on enforcement is warrantied, and which is now usually granted on deposit of the award amount or a substantial portion of it. This has reduced unnecessary challenge to awards and given even more authority to the award of an arbitrator. However, this provision has been held to be prospective in nature.

All these developments show that India has embraced arbitration as the primary mode for settlement of commercial disputes. Foreign investment is being boosted greatly by projecting India as an investor friendly country, having a sound legal framework and ease of doing business. Although foreign law firms are still not permitted to practice in India, it definitely points to great co-operation between Indian firms and foreign firms, especially in arbitrations seated in India, or at least those where the substantive law of contract is India. 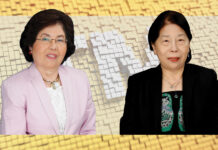