Air pollution is one of India’s major 21st century challenges. It is a self-created crisis due to poor planning and the lackadaisical attitude of all stakeholders. India’s first brush with toxic gases and pollution was the Bhopal gas tragedy in 1984 while the liberalisation of the 1990s brought an unprecedented influx of motor vehicles. Unregulated waste management and the demand for power has pushed the level of toxic gases to record highs. There has been much legislation over the last four decades, but air pollution is here to stay unless we fix the problems.

Air pollution in India is caused by motor vehicle emissions, construction activity, fossil fuel-driven power production, improper waste management and rapid, uncontrolled industrialisation. Farm fires have become a seasonal circus in which each act blames everyone else, but no action is taken. Air pollution is measured by the level of toxic gases and particles in the air, particularly nitrogen dioxide, sulphur dioxide, ammonia, carbon monoxide and lead. PM2.5 and PM10 particulates penetrate deep into our lungs, damaging them irreversibly through sustained exposure. Globally, 2.9 years of average life expectancy is lost through sustained air pollution exposure, while this number could be much higher in India and may be rising as air pollution problems remain unaddressed.

The best global measure of air pollution is the air quality index (AQI). This varies significantly in India from under 10 in remote areas to above 500 in polluted cities and during winter months when the air pollution menace peaks. The AQI is also used to rank cities and countries in the worldwide pollution index. In the latest ranking India is the fifth most polluted country in the world with nine Indian cities in the 2020 list of top 10 polluted cities. A crisis of this magnitude does not go unnoticed and the world is aware of the situation in India. Recently, 40% of an EU organisation invited to a conference in India declined to attend, citing the high AQI.

The Central Pollution Control Board in a 2009 notice that is still in effect, mandates safe standards of PM2.5 at 60 within a 24-hour period. In comparison, the World Health Organisation (WHO) sets the safe standard of PM2.5 at just 10. In the cases of other pollutants the safety standard in India is many times over the standards recommended by the WHO. Other developed countries have managed to control air pollution and to maintain clear skies. Legislators and citizens believe we have time to act, although we lag more than a decade behind in bringing in the required measures.

Developed countries such as the USA and those in the EU have shown the way by reducing acceptable AQI levels drastically. The USA, for example, has been legislating for clean air in a determined way since 1970, with significant amendments in 1977 and a major leap in 1990. That cut down levels of PM2.5 and 10 and noxious gases such as SO2 and NO2 by 50% or more. The most important measure in countries that have been successful against air pollution has been to lower the level of pollution that is acceptable. India needs to take the first step, and the maximum AQI benchmark should be cut by at least 50% to make it as close to the WHO standard as possible. This will at least show us that we rarely have a good AQI day and the nation must implement an urgent air pollution action plan. Key elements like legislation recognising the new AQI targets and an aggressive timeline for industry and government to comply need to be developed. Greenfield projects should not be approved unless they comply with the new AQI emission target and older plants should be retrofitted to bring their pollution under control within three years. Electric vehicles (EV) need clear incentives such as green subsidies and the abolition of taxes. The government must understand that as long as an EV is priced more than an internal combustion vehicle, the EV revolution remains a pipe dream.

The government has taken encouraging steps, but the pace of reform is very slow and meanwhile we are choking. The government has ordered mega power plants to control emissions and penalties on polluting industries has been hiked. Pollution control towers have been set up in New Delhi and many solutions are in the pipeline. However, there is much distance to go before we win this battle.

Gautam Khurana is the managing partner at India Law Offices 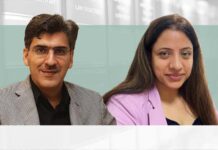 Survey reveals different perspectives on health of legal market
In-house legal teams have guided companies to understand CSR regulations during the pandemic
The government is keen to support the growth of online trade, but its draft e-commerce rules could have the opposite effect.