Fintech players in India had effectively leveraged the Aadhaar-based know-your-customer authentication services (Aadhaar KYC) made available by the Unique Identification Authority of India (UIDAI) to onboard customers quickly and at a fraction of the cost involved in any paper-based onboarding method.

However, the Supreme Court, in September 2018, in the Justice KS Puttaswamy and Anr v Union of India (Aadhaar judgment) case, read down section 57 of the Aadhaar Act (act) prohibiting private bodies from using Aadhaar KYC in the absence of supporting legislation. The Aadhaar and Other Laws (Amendment) Ordinance, 2019 (ordinance), promulgated on 2 March 2019, seeks to introduce a legislative framework for the use of Aadhaar KYC by banks and financial institutions.

The most significant changes introduced by the 2019 ordinance are the amendments to section 4 of the ct and the Prevention of Money Laundering Act, 2002 (PMLA), allowing private entities to use Aadhaar KYC to onboard customers (going back to the position that existed before Aadhaar judgment). However, the ordinance only permits banks and telecom companies to use Aadhaar KYC. Non-bank fintech players such as wallet issuers, digital lending platforms, and other non-banking financial services companies still do not have access to Aadhaar KYC, which has been one of the most common criticisms of the ordinance.

While section 4 of the act and the PMLA permits banks and telecom companies to undertake Aadhaar KYC, other fintech players will need to be explicitly permitted by the central government vide a notification.

The scheme of amendments introduced by the ordinance and several circulars issued by the UIDAI collectively suggest that private entities that may not be permitted (either generally or through a notification issued by the central government) to undertake online authentication using Aadhaar will be able to undertake offline verification.

Following the Aadhaar judgment and the ordinance, the two critical factors that have emerged as determinative tests to allow any private entity access to online Aadhaar KYC are: (i) informed customer consent; and (ii) adequate safeguards to ensure privacy and security of customer data.

The ordinance will, in our view, eventually tie in with the standard prescribed by the Personal Data Protection Bill, 2018. There will be a direct correlation between the ability of a non-bank fintech player to demonstrate that it can securely access, process and store customer financial data and its qualification to access online Aadhaar authentication KYC services.

Shilpa Mankar Ahluwalia is a partner and Himanshu Malhotra is an associate at Shardul Amarchand Mangaldas & Co. 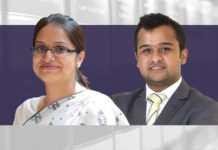 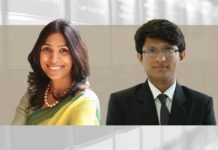 Changes to expect in fintech with digital KYC 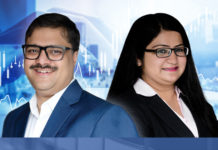 The markets regulator has begun the process to move away from the broad concept of promoters
Top experts assess India's IP ecosystem
Why have several India-focused foreign lawyers changed jobs recently?