Home Intelligence report A triumph of price over quality?

How the government selects law firms for infrastructure Projects. By Vandana Chatlani

The Indian government is often described by infrastructure lawyers as a poor paymaster. In line with its lowest bidder wins (L1) policy, it tends to put price at the forefront of its selection process when instructing legal consultants for infrastructure projects. Thus it comes as no surprise that so many law firms shy away from government work altogether.

Some take on such mandates because representing the government lends prestige and credibility. But to earn the title of a government adviser, lawyers often need to slash fees – a move that may become commercially unviable.

Partners who prefer to spend their time on high-paying endeavours quickly pass the work on to associates, leaving the government with an inexperienced team to see a transaction through. When legal questions and conflicts arise, who is to blame? 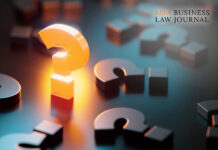 The markets regulator has begun the process to move away from the broad concept of promoters
Survey reveals different perspectives on health of legal market
Why have several India-focused foreign lawyers changed jobs recently?