Two unlisted companies of the Sahara Group issued optionally fully convertible debentures (OFCDs) to raise about ₹194 billion (US$3.8 billion), purportedly by way of private placement, without advertising to the general public. The irony was that, in this process, 30 million investors were approached, out of which 22.1 million invested.

Laws governing public issues were flouted, merely by describing the issue as a private issue and stating in the information memorandum that the issuer did not intend to get the issue listed on a stock exchange.

This column analyses the precedent-setting Securities Appellate Tribunal (SAT) order of 18 October in this regard.

Sahara had first challenged, in Allahabad High Court, an interim order passed by the Securities and Exchange Board of India (SEBI) in November 2010. The order held that the fund-raising by Sahara was tantamount to a public issue rather than a private placement. The high court stayed the operation of SEBI’s order, allowing Sahara to continue raising money from investors.

This led to another challenge before the Supreme Court, which on 12 May directed SEBI to complete its inquiry and pass a final order. SEBI confirmed its previous order in June. The Supreme Court, without examining the merits of the contentions, through an order dated 15 July directed the parties to appear before SAT.

(1) Whether the OFCDs issued by the Sahara companies are “securities” as defined under the Securities Contract (Regulation) Act, 1956 (SCRA)

Therefore, the OFCDs issued by the Sahara companies are covered by the definition of securities in the SEBI Act, 1992, read with the SCRA.

(2) Whether SEBI has jurisdiction to regulate unlisted Sahara companies and what effect section 55A of the Companies Act, 1956, has on the powers of SEBI in regulating unlisted companies

SAT held that sections 11, 11A and 11B of the SEBI Act, on the scope of powers and functions of SEBI, do not distinguish between listed and unlisted companies’ securities, and cover all securities, whether listed or unlisted. Section 55A of the Companies Act does not put any fetters on the SEBI Act as far as regulation of the securities market and protection of interests of investors is concerned.

SAT further held that a press note dated 2 July 2001, issued by Department of Company Affairs, regarding the handling of investors’ complaints with respect to unlisted companies, can bind neither SEBI nor the Department of Company Affairs, as SEBI has the power to regulate both listed and unlisted companies associated with the securities market by law.

(3) Whether the OFCDs issued were required to be listed on a stock exchange?

Section 73 of the Companies Act provides: “every company intending to offer shares or debentures to the public for subscription … shall … make an application to one or more recognized stock exchanges for permission … to be dealt with in the stock exchange” (emphasis added).

The Sahara companies employed an information memorandum to issue OFCDs, a process usually used by companies for a public issue to raise funds. Further, section 67(3) provides that any offer to more than 50 persons is a public offer.

This led SAT to conclude that issue of OFCDS by the Sahara companies was both in fact and law a public issue. Moreover, the “intent” referred to in section 73 of the Companies Act must be gauged from the conduct of Sahara, as against what it professed in the information memorandum. As a result, listing of the OFCDs was statutorily required.

The SAT order may be appealed before the Supreme Court. All issues being questions of law, the appeal would primarily be a rehearing of arguments raised with SAT before the appellate tribunal of the country.

Rohit Jaiswal is a partner and Rishi Raj is an associate at Singhania & Partners, which is a full-service national law practice. The firm has offices in New Delhi, Noida, Bangalore, Hyderabad and Mumbai. 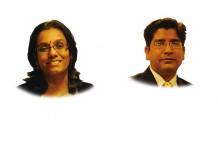 Reference to arbitration after final settlement 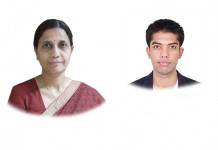 Rewriting an award is untenable and illegal 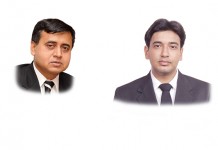