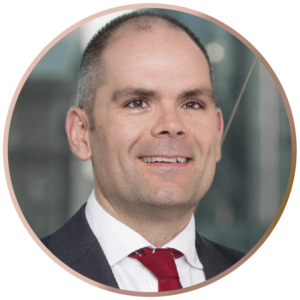 Paul is a London-based partner in TLT’s banking and financial services litigation team and co-head of TLT’s India Group.

He has particular experience of disputes involving a range of complex financial products, trade finance issues, fraud and insolvency, often involving multiple jurisdictions, as well as contentious regulatory matters such as risks arising from the LIBOR transition and ESG.

He has strong relationships with the Indian banking community (in India and across their international networks) with a deep understanding of the issues they face. Over recent years he has been extensively involved in the enforcement of non-performing loans, advising on appropriate strategies to maximise recoveries with an increasing focus on the pursuit of personal guarantors. He works closely with insolvency practitioners and accountants to trace and recover assets around the world. That work is highlighted by his ongoing advice to the consortium of banks on the enforcement of the DRT judgment against Vijay Mallya including the registration of that judgment with the English Courts and, in July 2021 securing the bankruptcy order against Dr Mallya. Other notable matters include:

Paul’s work has previously been recognised at the British Legal Awards where his team was highly commended and received the “Litigation and Disputes Team of the Year” award.

Led from the heart of the City of London, TLT’s India Group has built depth of experience and relationships in the Indian market over decades acting for Indian clients. TLT’s India focus is a key part of the firm’s strategy, building on its growth that was recognised by The Lawyer, which named it Firm of the Year in 2021.