Q: What do you see as the major geopolitical and legal challenges facing enterprises globally, and more specifically in the Asia-Pacific region? 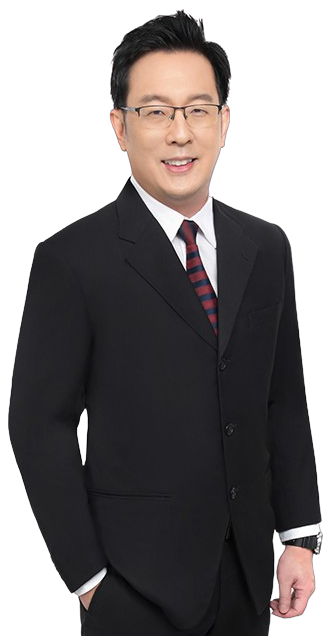 A: One significant issue would be challenges arising out of the Ukraine-Russia war including a swathe of sanctions and restrictions on Russia. An interconnected global economy means that it is not easy to simply remove Russia from the equation and the risk of falling afoul of some international or unilateral trade restriction is very high for companies operating in the European or North Asian space.

A related downstream issue could be a return to a multipolar world of superpowers competing not just economically and politically, but militarily as well, threatening maritime trade and freedom of travel. Tensions in the Taiwan Strait are an example, as well as the growing risks associated with North Korea’s firing of missiles near South Korea and Japan. Rampant inflation arising from the cost of energy also threatens the profitability of many enterprises, particularly ones that rely heavily on the movement of goods across the globe. To top it off, instability in financial markets arising from problems in the tech industry, not least the fallout from multiple crypto crises, wreak havoc on investor and consumer confidence.

Q: Why is location so important when companies choose a seat of dispute resolution?

A: In uncertain times, a safe haven is always greatly sought after. Businesses need assurance that their interests will be protected by courts and legal infrastructure, that there will be predictability and certainty in their contractual dealings, and that they will not fall afoul of the rules and laws. Besides being politically safe, it should not be understated that people also want to be physically safe.

When there are threats of war or civil unrest, businesses tend to flee, along with their capital and talent. Legal teams are no different, and clients will not want to put their staff in harm’s way arbitrating in a dangerous city. Companies already locked in a dispute will not appreciate the inability to get a fair hearing and a satisfactory outcome in a dispute due to unfavourable political or social conditions. There have even been many cases in the past where arbitrators or opposing counsel have struggled to obtain a visa to enter a country where an arbitration is scheduled to be held, where the claimant is bringing a case against a state-owned enterprise or even the government itself. These are unhelpful political obstacles that make care in choosing a seat of arbitration critical.

Q: What does Singapore have to offer as a seat of arbitration that places it ahead of other reputable centres?

A: In this respect, countries that have a deep respect for the rule of law, a stable geopolitical climate, a safe business environment, and strong transportation links, will naturally be more attractive. These factors are often taken for granted when things are going well but come to the fore in difficult times. Singapore enjoys all these advantages while being geographically and culturally part of the fastest and largest growing market in the world, located within a six-hour flight of more than half the world’s population. It is not insignificant that uncertainties regarding freedom, the rule of law and personal safety are all factors driving dispute resolution practitioners to choose Singapore over other destinations.

At the end of the day, people want to live and work with peace of mind, and the current global climate does not offer much of that in many parts of the world. Some contracts run for a very long time, twenty years or more, and choosing a seat of arbitration for these contracts becomes tricky because it is difficult to predict the legal and political environments of many countries two decades down the road. Hong Kong, in particular, was one place where some parties with very long-term contracts avoided putting as the seat of arbitration, due to uncertainty about the legal environment after Hong Kong returned to China, even with assurances of fifty years of self-government and freedom of speech.

Q: In your practical experience, what reasons are your clients giving for deferring to Singapore for arbitration matters?

A: A recent development that has influenced arbitration work coming to Singapore has been the setting up of the Singapore International Commercial Court. The distinguished panel of international judges that make up the Court has given assurance to parties that arbitration cases conducted in Singapore will have the support of an arbitration-friendly and well-regarded judiciary. Other factors that parties have considered in choosing Singapore are the presence of many regional headquarters of global MNCs, the deep and varied pool of legal talent available, and the ease of doing business. Even factors such as the ease of movement and suitable cuisine for people from all parts of the world have tipped the scales in favour of a decision to arbitrate in Singapore. When parties think of arbitrating in Singapore, it is because of a combination of many factors that encompass the physical environment, the legal and judicial support system, and the presence of good counsel and related services.