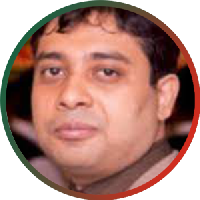 Nasirud Doulah is a seasoned corporate, finance and construction lawyer with project finance and development and documentary credit as his stressed areas. He advised in a large number of major projects in energy and infrastructure sectors with extensive public-private partnership (PPP) and infrastructure transaction advisory experience. Under the World Bank and the International Finance Corporation (IFC) appointment, he acted as the key researcher to complete Bangladesh Corporate Governance Country Assessment Report. He advised a good number of significant M&A matters. He is also a member of the Thomas Jefferson School of Law’s tax and anti-money-laundering research teams. Some major transaction highlights are as follows: